Gouldian finches are one of Australias most prized small birds. In 1844 a wildlife expert named John Gould first described the bird as a rainbow finch, which then went on to become an international celebrity.

In the 1900's the birds were mainly trapped and caught in the Kimberley region of Australia. With breeders setting up captive programs for the pet industry. In one year the Perth Zoo at the time exported over 12000. Making this finch one of the most prized and most valuable in the market.

Today the species is only found in few areas of northern Australia, unless like below, we have found an escaped captive. However, the birds are now listed as a threatened species and are under a conservation policy to protect them. Unlike the 1800's it is now illegal to trap them, and some areas where they live are now listed national parks.

Today's photograph outlines the bright colours and fine detail in the feathers that fascinated travellers and explorers in the 18 and 1900's. In the day it would have been something truly exotic from the new worlds being explored. 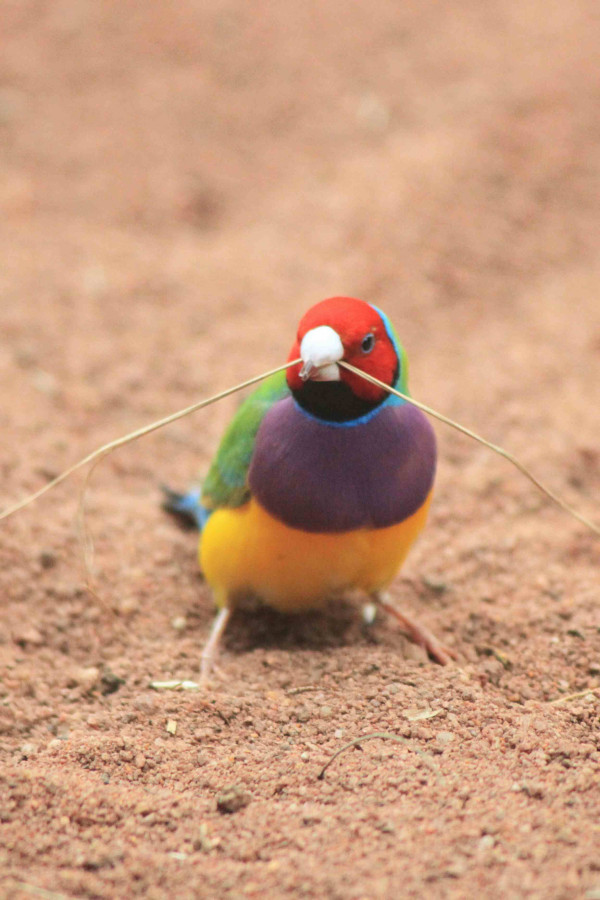