Large lizards like this in Australia are often referred to as a Goanna; however, there are many varieties of the species known as Varanus in Australia. There are so many that it is hard to distinguish them individually. Instead, we recall them by their behaviours and where they live to recall their common names. Hence why this is a water monitor.

Water monitors like all of the Varanus species are carnivorous. Depending on where they live largely depends on what they will eat. They usually eat insects, spiders, fish, molluscs, frogs, other reptiles, and small mammals. Being cold-blooded they usually can be found sitting about in the sun, as shown here today sitting on a hot sandstone rock by the water. 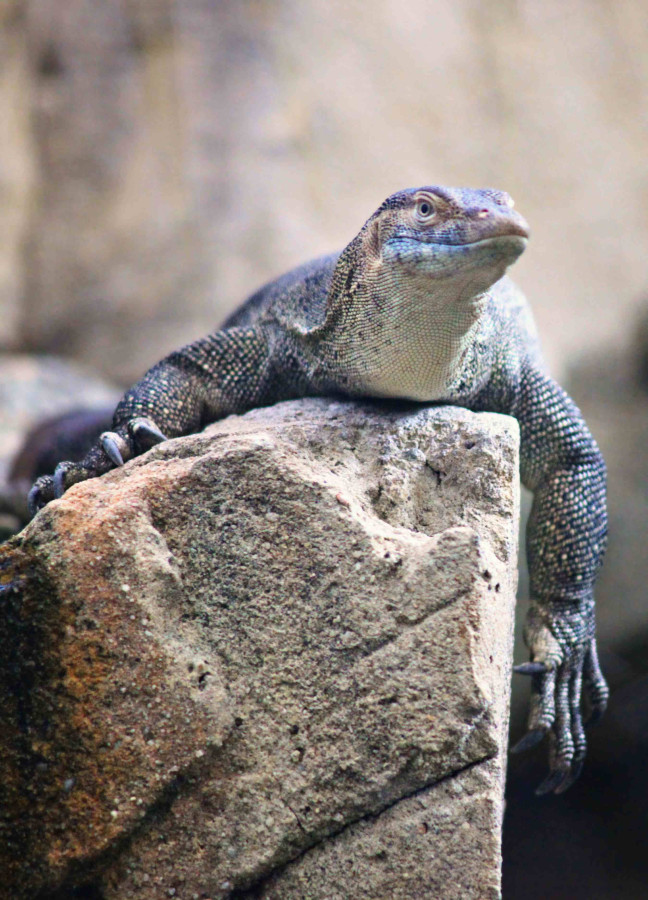