Occasionally on an early morning, you will find a wombat walking around a park or sports oval in the neighbourhoods of NSW. Seen here today walking on a freshly mowed lawn.

Wombats are a curiosity in Australia, and they are becoming hard to find. The one featured in today's photo is a common wombat. These animals are a borrowing nocturnal animal and sleep underground during the day. As a result of new houses being built, often gardens will have flowers eaten and occasionally a house will have a wombat building a burrow underneath, which can cause structural damage.

As the human world expands in Australia, Wombats have nowhere else to go and living side by side has its problems. The Australian government does not really have much of a plan set aside in regards to these Animals. Which is a shame to see as they wander the streets and parks without a proper home. Having theirs taken from them, they have nowhere else to go. 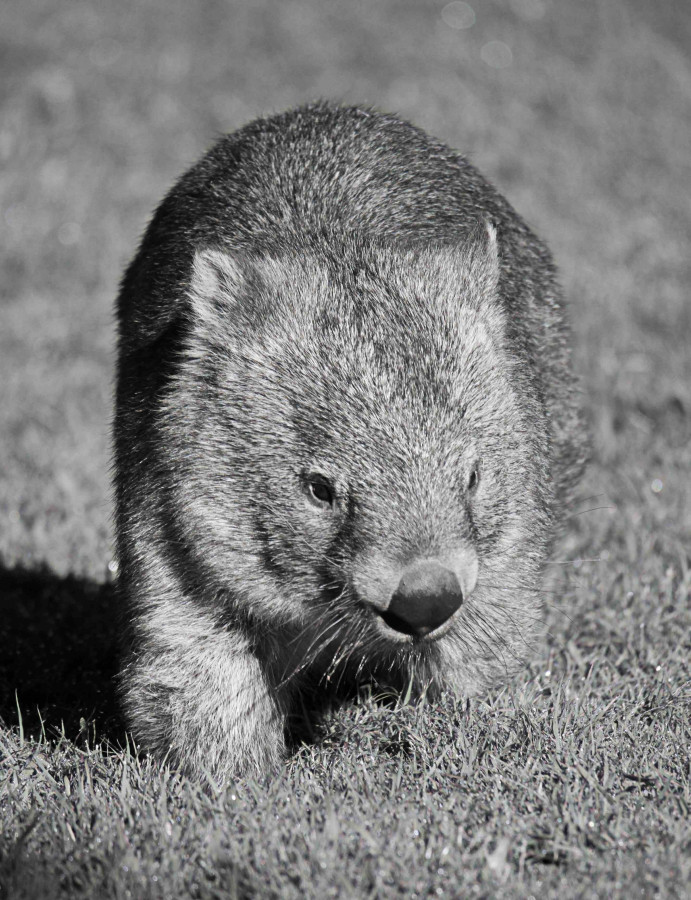