As the sea warms and algae begin to bloom in the nutrient-rich water, jellyfish numbers begin to rise.

Moon jellyfish are known to move about in incredibly large numbers in small lakes, estuaries, and sections at sea. Making for one of the most otherworldly experiences you can have. These jellyfish do not have venomous barbs or stingers, making them an interesting but safe subject to work with.

Today's photograph was taken at depth and later edited for contrast and colour. However, the photograph itself adds a dimension of the strange life you can find in the ocean around Australia. 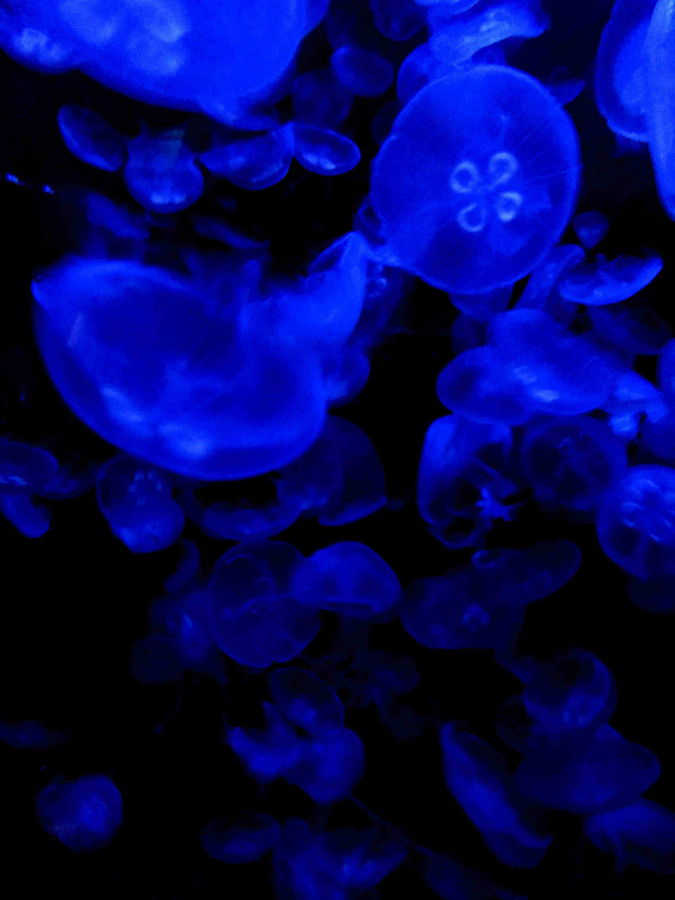