Clownfish are one of Australias most recognisable reef fish.

Below we have the 'Nemo' fish: the subspecies are known as the Orange Ocellarist. Popularised by the Disney movie 'Finding Nemo", and the later movie franchise. Which currently has the species under threat due to the number of live fish caught at the reef and sold in the Aquarium Industry. Ultimately the industry has become such a problem now that species in the film are now being farmed in Aquiculture centres to reduce the demand at the reef itself.

These fish have a very distinct orange and white band, occasionally interrupted with a black stripe. Shown here in today's photograph. As light penetrates the deeper section of the reef. The complexity of the anemone has been shown through the refraction of the lighting, revealing tentacles and adding a dramatic sense to the life these fish live underwater. Making for a fantastic photograph. 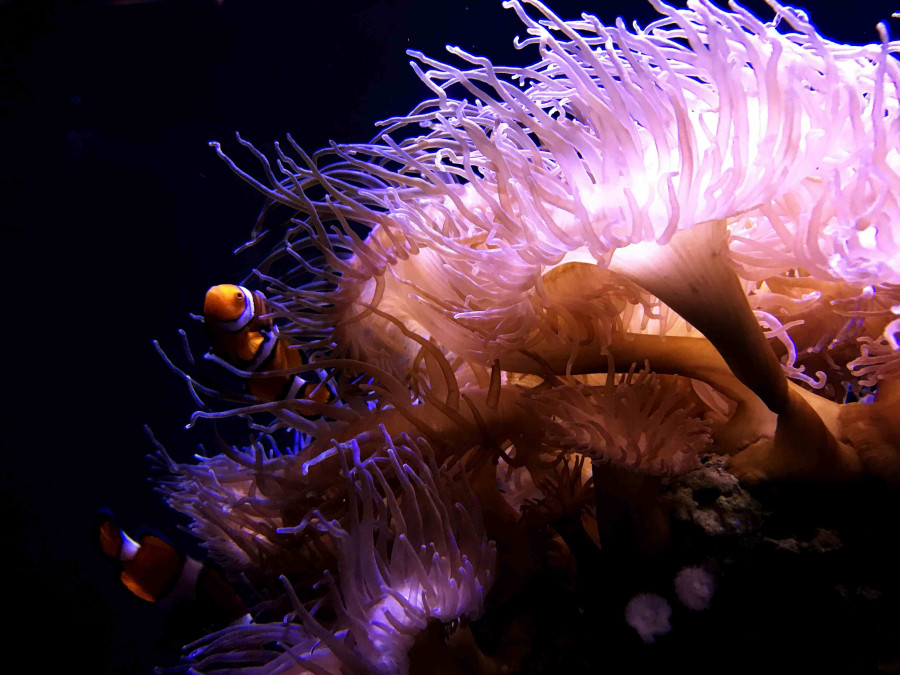 The scene is very beautiful, i.a. because of the light.