The Brown Spotted Reef Cod is a surprisingly large fish that you can find hiding in small caverns on the reef, and sometimes as in today's case. Resting on the reef floor. There chosen hunting method is to sit still and wait for unsuspecting fish to swim in front of their mouth. The fish get sucked in, quite literally.

This fish can be found infrequently distributed the Atlantic, Indian and Western Pacific Ocean. Aside from being recognised over such a large distance, this fish is not very well studied.  Though the fish can be noted in traditional seafood dishes for over 1000 years.

Today's photograph shows the eye detail of the cod, possibly enabling it to see in front with greater accuracy. The second is for scale, as there was some distortion between the refracting image in the water, created by the camera angle at the time. As it was far from the centre and distorted the light coming from the underneath the fish. 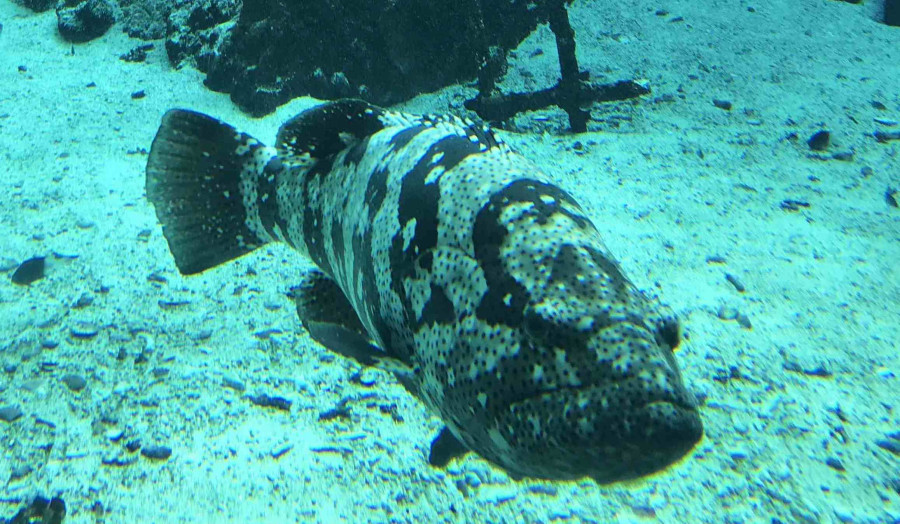