Sea turtles are a rare sight in the world, though they inhabit most of the oceans of the world, except in arctic and polar regions. On the reef however, you have a greater chance of finding one.

Sea turtles themselves are marine reptiles that live a solitary and privet life. Living and migrating extremely long distances between feeding grounds, mating sights, and their place of birth. Their diet is varied between jellyfish, sea sponges, and soft seagrasses. With adaptations such as large lungs and the ability to swim without breath for an extended amount of time. Sea turtles also have salt glands that help them regulate their bodies within the marine environment.

Today's photograph is a pleasing one to be adding to the collection so far. 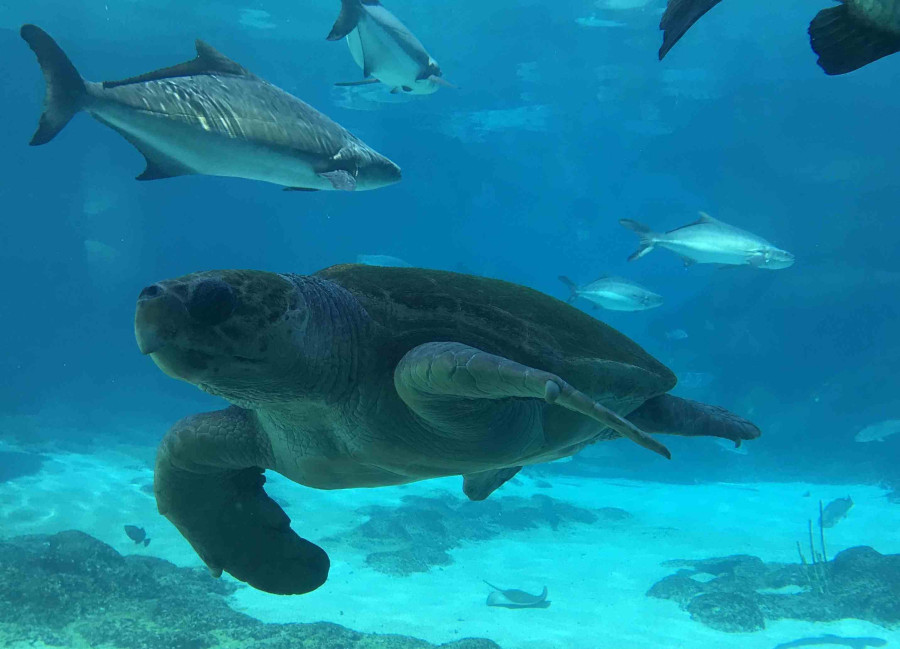