In Australia, the best way to identify this shark is by its ragged teeth at the pointy end. If you do get that close, you will know it is a grey nurse shark.

At first it was thought to be a man-eater; however, this shark is actually anything but. As most cases were out of self defence either as swimmers get too close in a threatening way, or hit the shark. The fact being that this shark eats main half dead or weak fish, and plays an important role as the garbage collector and regulator on the reef.

In Australia, these sharks have been noticeably declining over the years due to human activity and a misunderstanding of the shark's role on the reef. They are now part of a protected species program. It is thought to be the world first protected shark, as numbers still continue to decline. There are an estimated 1000-1500 sharks left of this species on the coast of Australia. 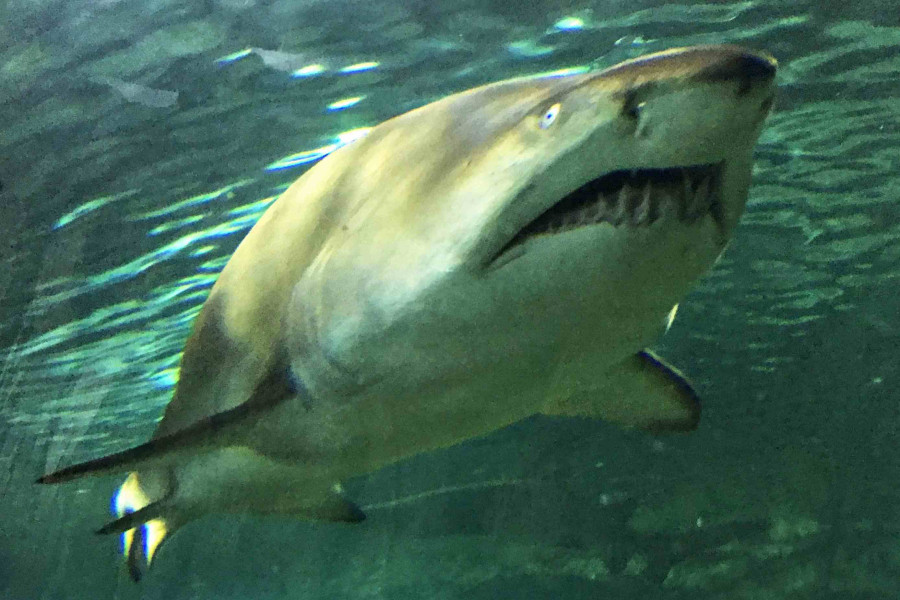