The Epaulette Shark is a long tail shark that is of scientific interest not only due to its description and behaviours but also due to its adaptations to living in the shallow reefs, and tidal pools.

This shark gets its name from the spot behind the two front fins as if wearing a military-style epaulette on its shoulders. However, there are a few other factors at play, as this shark is foremost nocturnal, and prefers not to swim but walk along the bottom of the tidal pools with its fins. Eating the small unsuspecting fish kept in by the tide at night.

In these tidal pools, oxygen depletion is also a big issue. Scientist have worked out that this shark is able to selectively choose to shut down oxygen supply to various parts of it's body. This includes its brain. It is estimated the shark can live for about one hour, in an environment depleted of all oxygen. A bit like holding your breath for one hour.

These sharks can be found only in Australia and PNG, and despite these sharks rarity. They are doing quite well, and are not of concern to fisheries as an endangered shark. 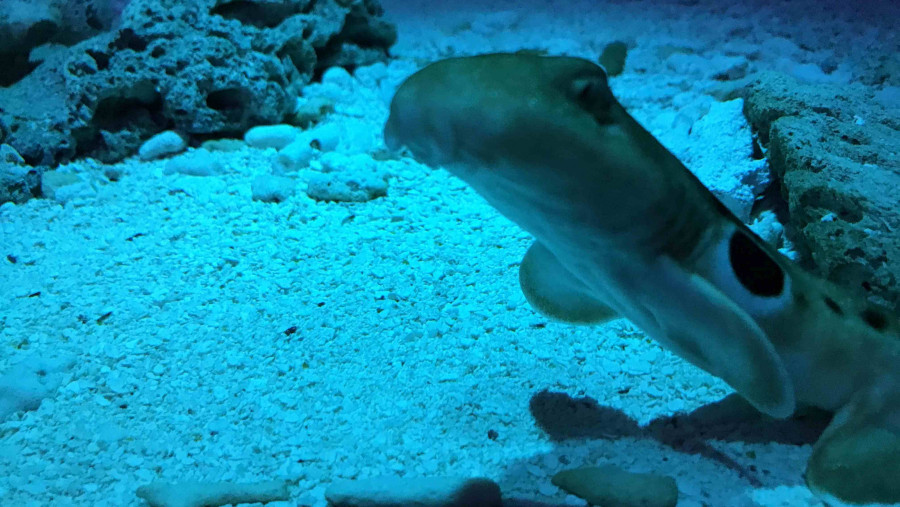