The first shark is the black tipped reef shark, identified from the black colouration on the tip of the dorsal fin. Seen here with the characteristic streamlined body, and black rim on the rear tail.

These reef sharks can be found not only on The Great Barrier Reef but also many other reefs in the Asia Pacific, and even Indian and the Eastern shoreline of the South African region. With that said they are slowly becoming an endangered species due to overfishing, and the decline of fish populations worldwide.

Found patrolling around the edges of the reefs and shipwrecks, this shark eats small fish. One of its favourites is Mullett. Reef sharks don't grow very big, and at most, they will reach between 1.8 and 2m tip to tail. They are a peaceful shark and are one of the least aggressive.

Statistics on this shark also have revealed you are much more likely to get a bite, if you are standing in the water. If you are swimming or snorkelling you will be much better off. Although sharks may seem dangerous, the odds of getting bitten put this down to a very rare accident. 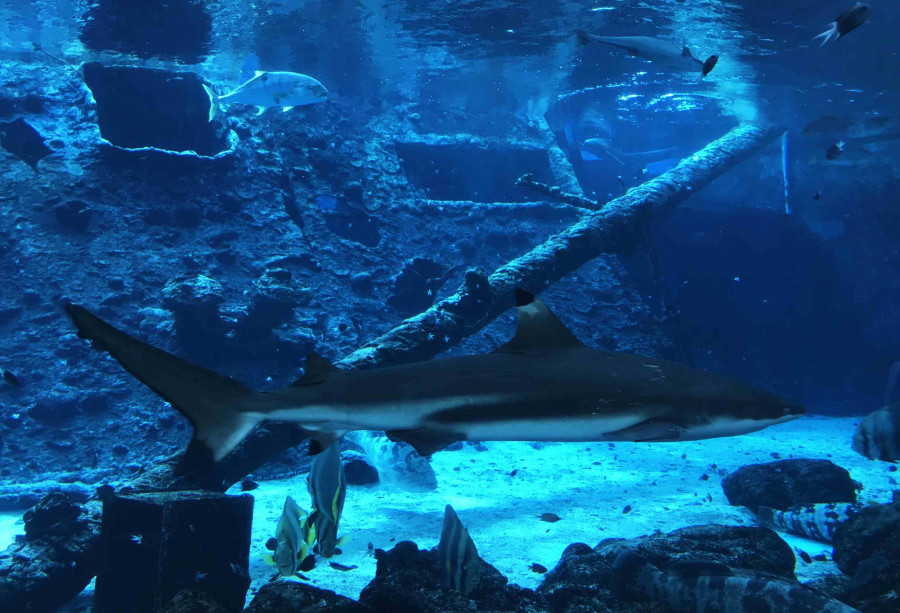