Mixed up in the fossils of the deep-sea sediments of the Toolebuc formation are the remains of many Kunbarrasaurus skeletons. The Kunbarrasaur was a herbivore that lived alongside the shoreline of the Euromanga sea.

What we know about this dinosaur is that is was not very big. Only about 1m to 1.5m in size between the extent of it's tail and head. This dinosaur belongs to a classification defined by osteoderms. Exhibiting an array of bone armour plates the protrude along the body.

In 1984 fossilised remains were found near Mathaton station in QLD. Later in 1994, another was found by a digging party, that concluded that the Australian findings where part of the Minmi family. But the species was unique to the rest of the world. The species of ankylosaur was given the name Kunnaburra in honour of the local Aboriginal term for a shield. In a direct reference to its defining bone armour plates.

To date the skeleton in the collection in Richmond is the most complete in the world, and of the era of eastern Gondwana: Australia, Antarctica, India, and Madagascar. 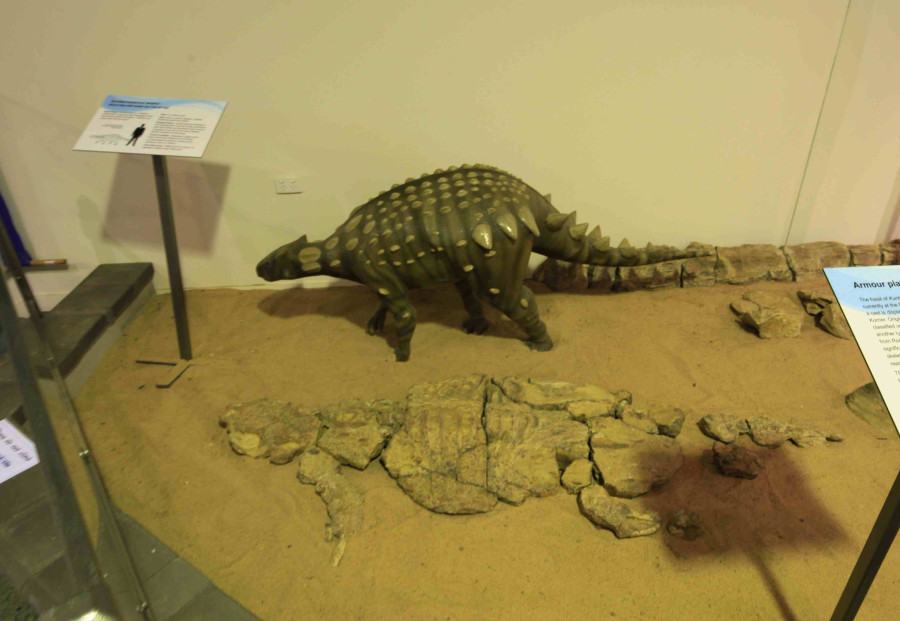 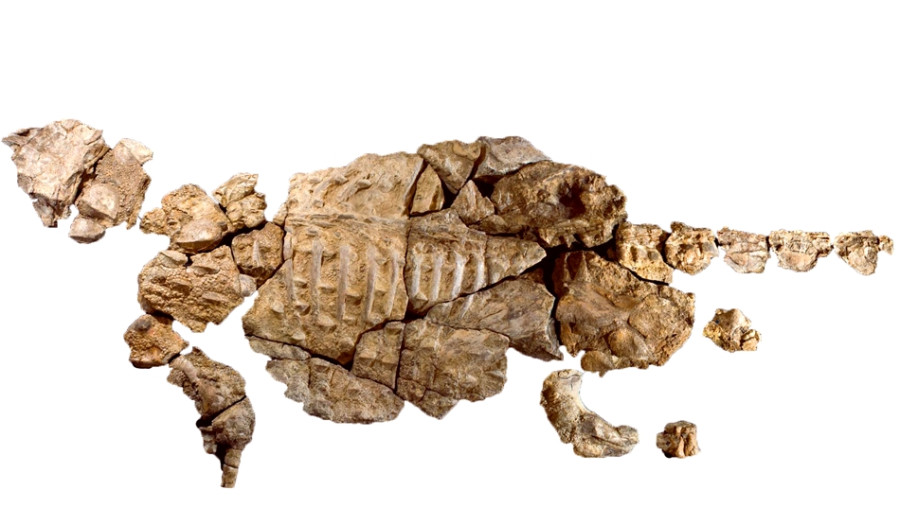 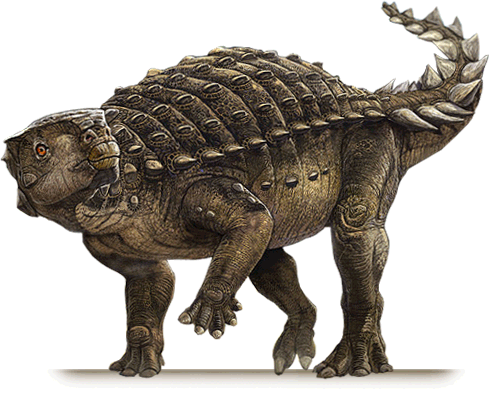 We must give credit to scientists who can restore a whole body with help of separate bones. Great job.