The Cretaceous Sea - Life Below The Waves

Aside from the monsters of the deep, there is evidence of the rest of the food web that would have helped support the life of the predator's of the sea. Evidence includes the ancestors of the sea turtles, shorebirds, and molluscs. These fossils were collected and reconstructed by universities and enthusiast around the world. Collaboratively working towards a picture of what the ancient sea would have looked like.

Life in the Cretaceous included an array of sea-dwelling plants as well as corals. Swiming among them fish in the expanded sections, and ammonites seen below. Among them was an explosion of life in all of its diversity and infancy. That is only best distributed and illustrated through the reconstructions from various authors and perspectives.

A world both familiar in comparison to how they relate in evolution, and alien in a grand bazaar take on life as we know it. Left in the minds of our own pure imagination coming to life, thinking about what could have been like, millions of years ago. 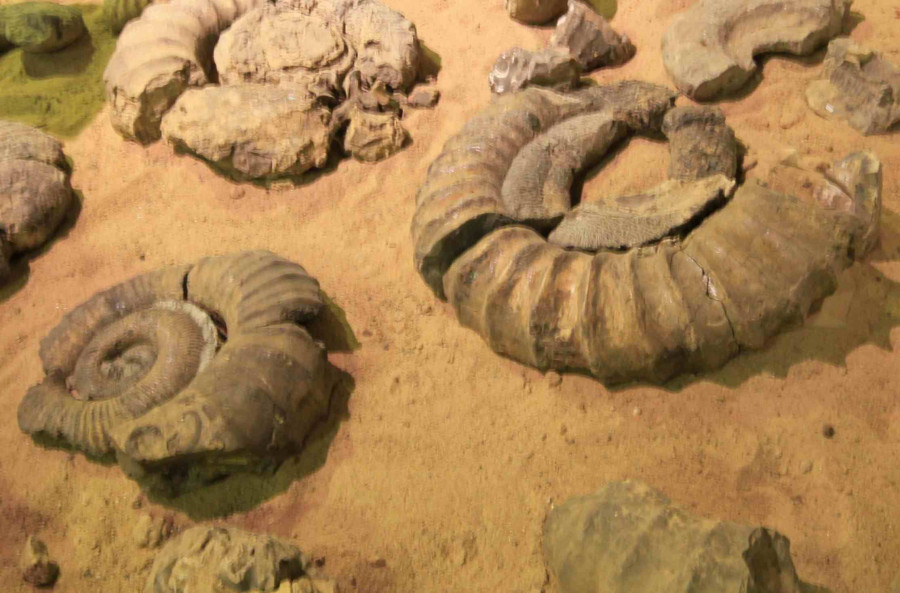 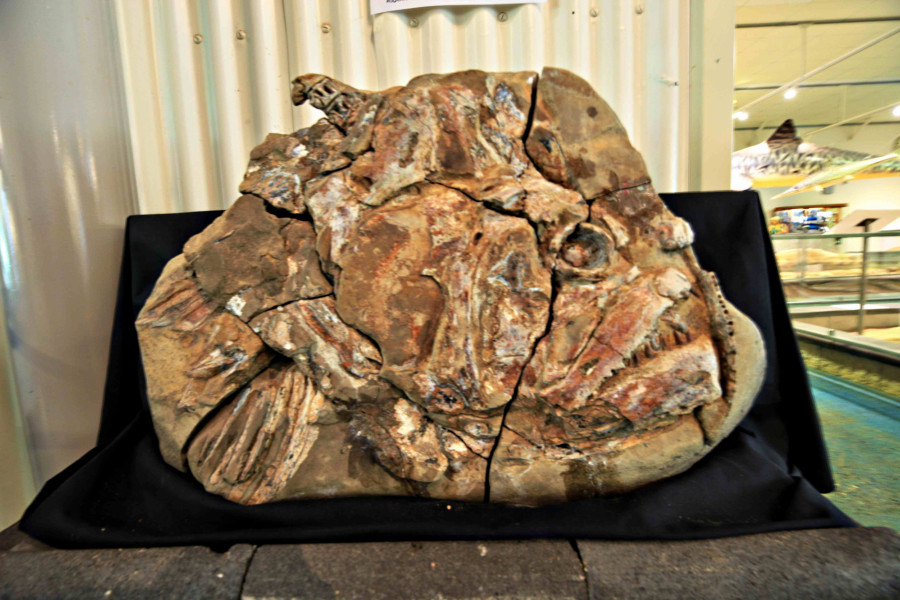 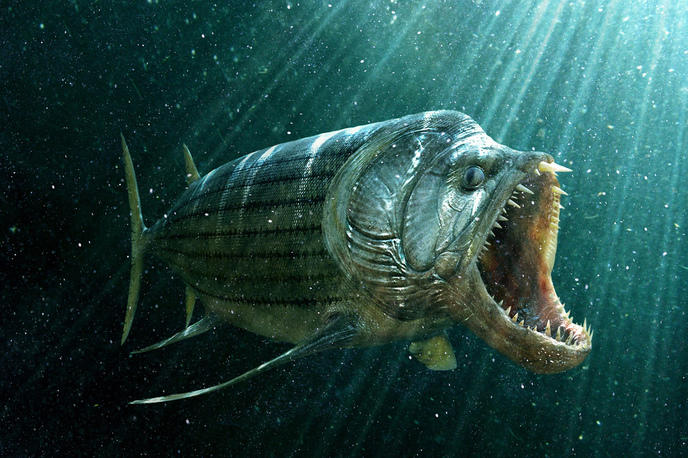 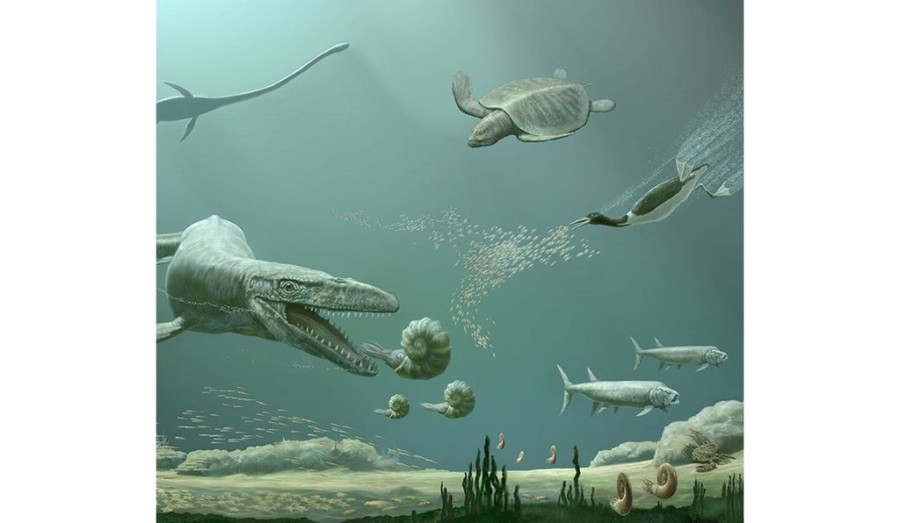 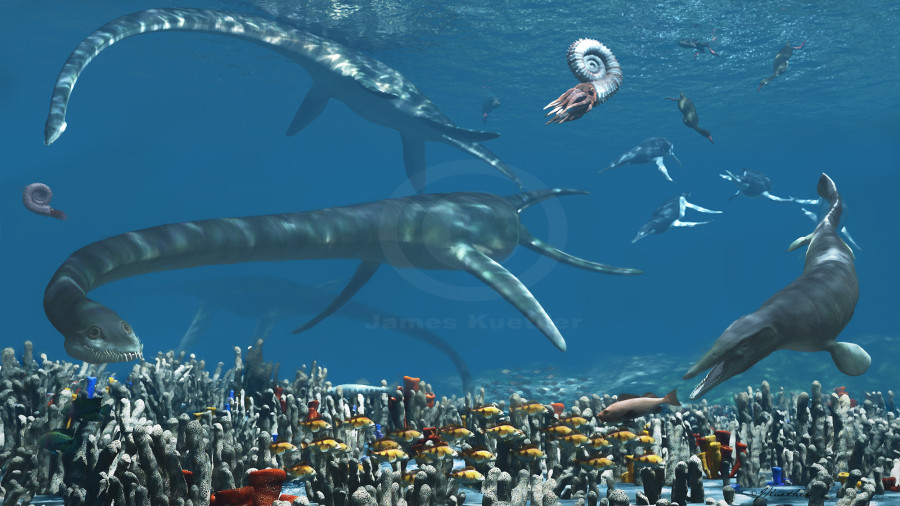 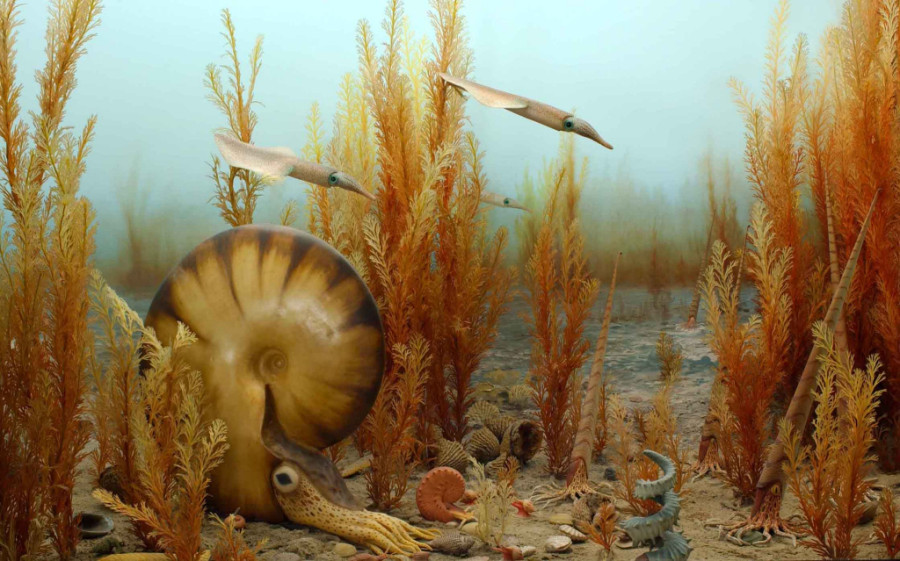 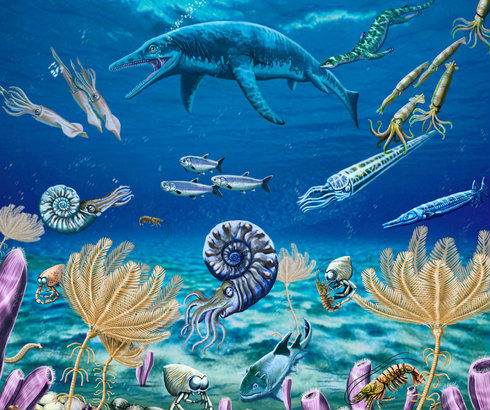