The Ichthyosaur is a 'fish lizard' by direct translation. However, these Aquatic reptiles were discovered in relation to their mysterious remains. Often just a row of vertebrae as shown below. Until a head was discovered, along with other softer tissues like flippers in fossilised remains. With diverse species of Ichthyosaur living between the late Triassic through the Jurassic, and the early Cretaceous.

Found in the late Albian rock formations, such as the Toolebuc and Allaru mudstones. These are the most complete specimens in the world, such as the 1935 discovery including vertebrae, articulated skull, and front flippers with rows of phalanges. Later discoveries uncovered the rear flippers and tail, accounting for the accuracy of the reconstructed models below; showing a mother and calf.

3D modelling today allows us to also test how this aquatic reptile moved underwater. Revealing that it would have moved much in the same way a modern shark would have been able to do. Whilst the four flippers indicating it would also be able to move much in the same way as a seal whilst swimming. With many more discoveries being made in the NT, QLD, and NSW. More scientific breakthroughs and discoveries are still possible. 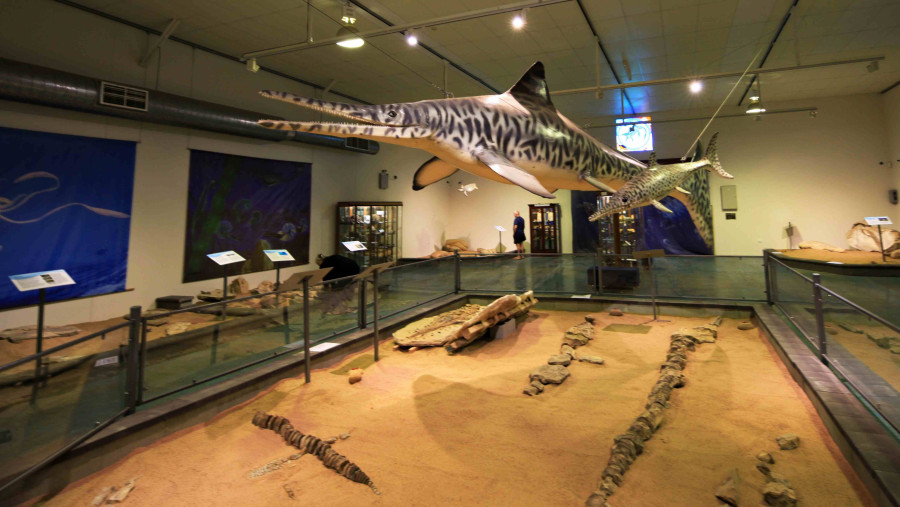