In a very stark reality, the sea was just as dangerous as the land during the Cretaceous period in Australia. Inland there was a vast sea that divided what was is known as the Northern Territory, from a distant volcanic ark on the other side. This Volcanic arc would later form what we know as Tropical North Queensland Coastline today.

Deep beneath the surface, the Kronosaurus would be lurking, as an active and fast swimmer. Discovered in the early 1990's by a farmer in QLD, the fossilised remains of a Knorosaur were the largest and most complete in the world at the time.  With fossils being discovered in the Toolebuc and Wallumbilla formations for some time, this fossil was the first big find in the region. Leading the way to international interest in the region. Richmond became a paleontological icon for Australia.

Where this creature fits into the story of the earth is fairly certain. The Kronosaur is not actually a dinosaur, but in fact an Aquatic Reptile. Coming down from Kakadu, the Aquatic Reptiles up there are still alive and well. Seeing a Kronosaur up close there is no doubt that they must be related in some way to the crocodiles in the shallow tropical waters we have today.

Today the remains can be viewed at the Kronosaurus Corner Museum in Richmond QLD, sponsored by mining giant BHP. The 9m skeleton puts things in a very direct perspective. The Kronosaur really was a monster of The Cretaceous Sea. 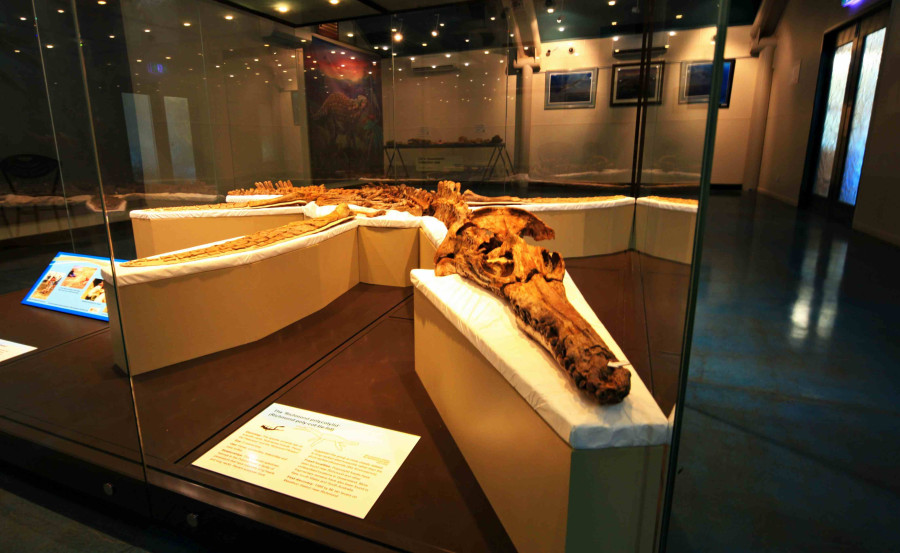