Today by a stroke of luck more than anything, I managed to come across a wild Wombat. In Australia, these are particularly problematic to photograph. For a 50kg rock made of fur they can also move really quickly when starteled, they can also be a bit aggressive, and they almost never venture outside in daylight hours. When I found this one, I literally had to resort to food bribery with some fresh corn that I had in the food crate in the 4x4 Discovery. It is one of their favorites, and they can hardly resist once they have the taste for it. At this point in time, it is probably relevant to mention that these are actually a critically endangered species; recognized internationally. Wombats are hard to find and usually your only chance of finding one in the bush during the day, is as roadkill. It is probably a noteworthy fact that they actually add to road statistics in Australia, as accidents involved with the small boulder often completely destroy light vehicles, and in some cases fatally kill the drivers too. Whatever you do; never stick your hand down a wombat hole. If you try to pat them they useually think the den is collapsing and you would be surprised with the number of people who are admitted to the Hospital Emergency Department with crushed limbs and hands due to wombats.  Some people have been stuck for a long time too, and in the most uncomfortable positions too. With that said, it is not all doom and gloom. Wombats are a serious part of Australian Culture and its Image. Even though in daily life you will almost never come across one, they are a big part of the National Identity.

By all means try take a decent photograph too. 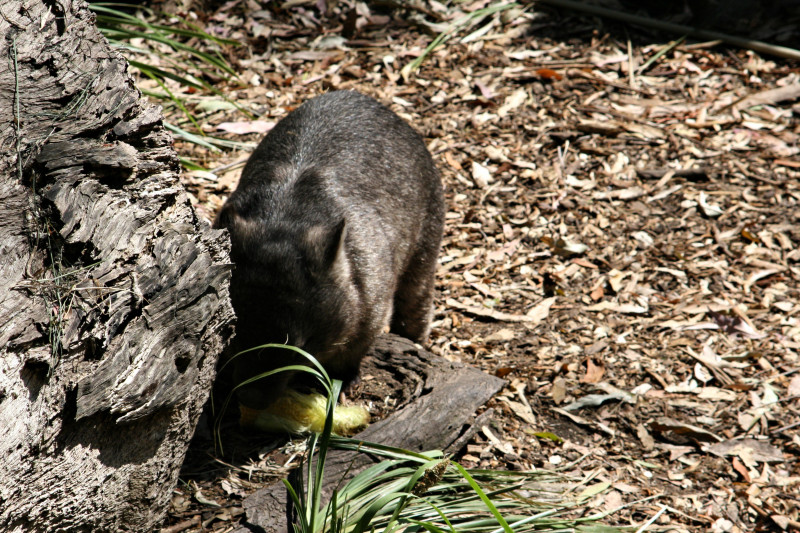