Heading South into the drier regions of Australia, and towards the Gulf of Carpentaria, I was able to stop and observe some of these parrots. Which turned out to be the Varied Lorikeet. Identified in one of my older bird books, which lists them as under conservation and are currently listed as endangered in the Northern Territory.

Taken with the 2400mm lens used to photograph the eagles in the central desert region, we were able to photograph high into the gum trees to capture these images. The images on the day were hard to sharpen, as it was very windy at the time. However, I think they turned out ok considering the circumstances.

These birds feed on the flowers of some gum tree species, eating the nectar on offer. In many ways, it's quite an iconic image to see the birds feeding in their natural environment.  Like most Lorikeets, they exist on a constant sugar high with the behaviour of a two-year-old. It was very easy to find them as they were screaming at each other whilst roosting in the treetops.

The identifying features include the red cap that also includes the Lori, the distance between the eye and the beak. The yellow vertical stripes along the bird's body. The more subtle features include the very faint multicoloured tint across the bird's breast. Including pinks, blues and yellows in contrast to the green body of the bird. More distinctively the white eye stands out most for this species of lorikeet. 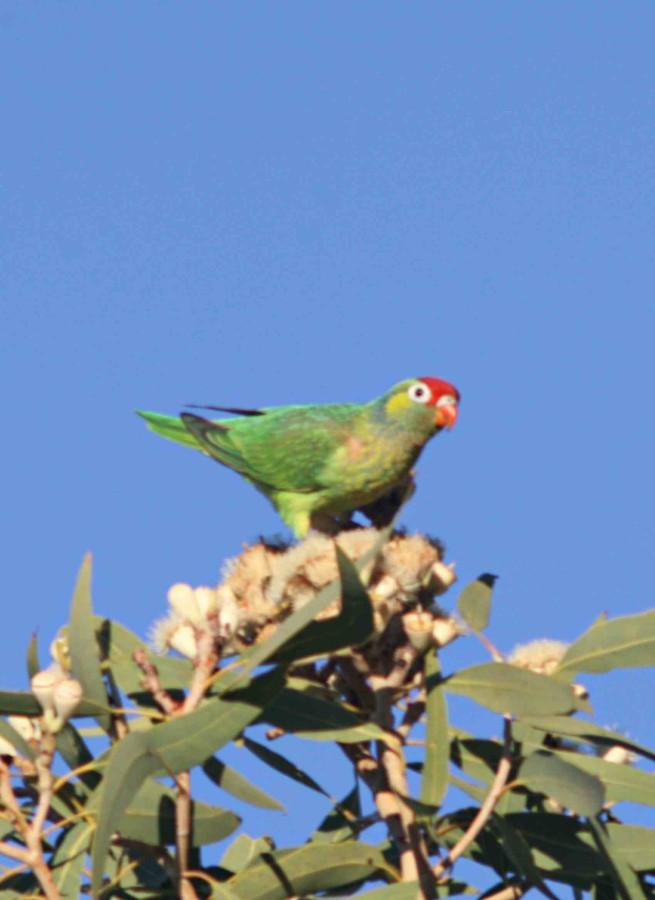