The Australian Pelican is a common bird around waterways across Australia. In general, there is no surprise that I have found this bird in the estuarine environment of the northern wetlands. Point being they are found all around Australia and occasionally the Pacific islands such as PNG: Excluding Indonesia.

Most surprising for such a large marine bird is that they can also be found in the middle of Australia as well. Most people ask why? Pelicans migrate inland each year and are very sensitive to any noise when nesting. Lake Ayr is a perfect example of 200,000 birds that make the annual trip each year to breed. Helped by their large wingspan the birds fly high in the wind and are capable to gliding effortlessly to areas all across Australia.

Australia was once a land that had a vast inland sea. Pelicans are one of many birds thought to have been part of that ecosystem, as it progressed through time to be a vast wetland and finally what it today as it uplifted to a shrub covered badland with large saltwater lakes. Over that time the pelican equipped with its lather large bill has been very successful. 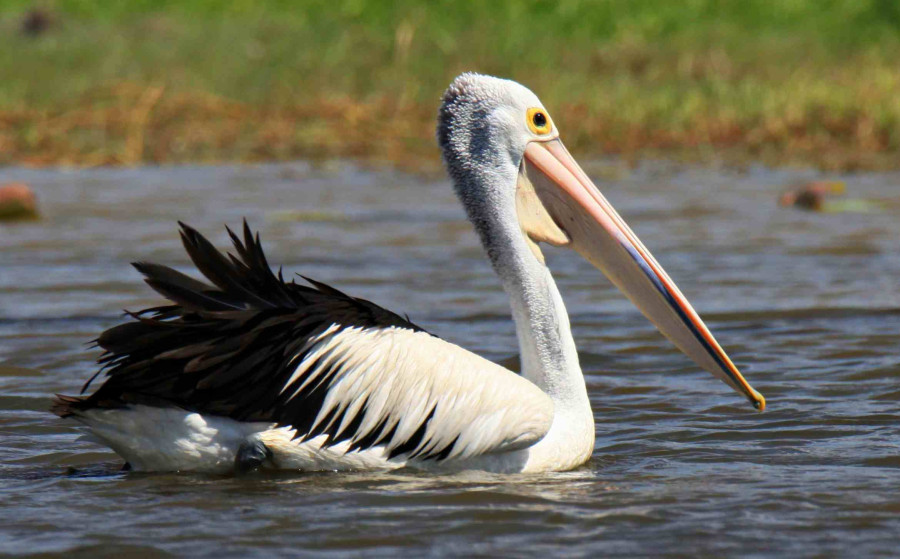 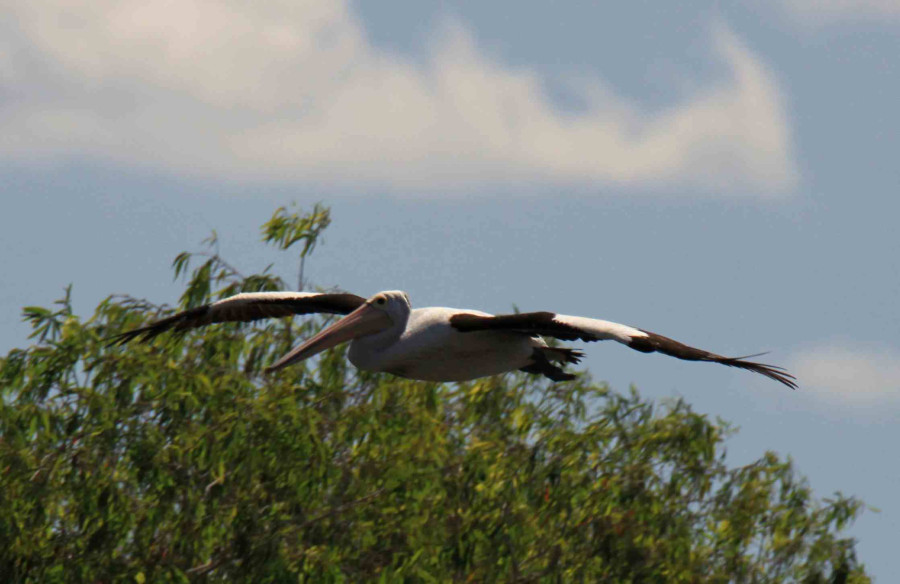