Kicking off this month, I am starting off with one of Northern Australias most recognisable faces: The [estuarine] / salt-water crocodile. A smashing photograph detailing the nature of the apex predator of the wetlands region.

Firstly - Crocodile safety is the number one priority for anyone who wants to live. These large predators are experts of sneaking up on things they would like to eat. No matter how smart you think you are, they are much better at it. If you want to place a bet on who finds who first, put your money on the croc. Most importantly you should never ever, walk to the water's edge. You can't drink the water, swimming is an advertisement for disaster, the scenery and insect bights/stings are not worth it either. If you want to play a quick game click 'read more'.

To put things into perspective this crocodiles head is almost 1m in length. To estimate the total length tip to tail the head represents 1/7 of the body. Making this crocodile almost 7m in length. Although a monster in size, this crocodile will still be will be completely invisible at the edge of the water. It sets the perfect scene for anything and anyone who steps along the shoreline to be attacked, as it can jump anywhere up to 3/4 it's body length from the water.

To disclaim the photograph below; before heading out I attended a seminar with leading wetlands experts and ecologist, covering multiple aspects of crocodile behaviours, and water safety. Also known as croc safety. Putting things in perspective, I am using a 600mm lens that put's 30m between me and my subject here. This crocodile was spotted as it unsuccessfully made an attempt to eat a bird. Before setting it's large golden eye on my boat. 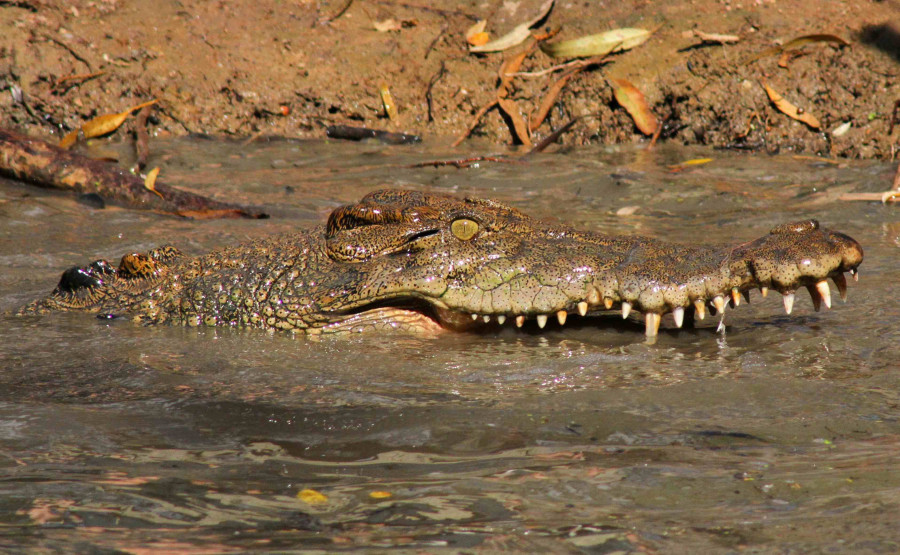