One of my favourite animals ever since a small child is the Numbat.

Have the opportunity today to see some examples in the local natural history research centre, they had two examples to show me. So I thought I would write about my favourite marsupial animal today.

These little animals are marsupials, and are very rare and unique to remote Southern Australia. Found in Western Australia, and recently re-introduced to South Australia. Numbats are an endangered animal and often fall prey to foxes and cats. Large conservation efforts are required to maintain the native populations in Australia, and they are often featured on conservation foundation logos and emblems.

The animals itself lives in the remote fringes of the arid regions of WA and SA. Its diet mainly consists of termites, and other insects. Posing no threat to humans or other small animals. It has quite pleasant and refined features such as a thin mouth, to get in and eat the ants. Along with long claws to help with all the digging. Small ears are only to listen out for predators, which before cats came to Australia, were mostly none existent. The stripes are believed to be a relation to the other marsupeals in Australia now extinct: Such as the Thylacine, or Tasmanian Tiger. Which we believe the Numbat may have descended from. Numbats also have a very exquisite tail, shown best in the 2nd photograph.

I am unsure of the name 'numbat'. However, this little marsupial has fascinated many people for many years. I believe the suffix 'fascitus' is very suiting in this way. In many other ways, this is yet another exotic and unusual creature to write about. One day, I hope to see one in the wild. 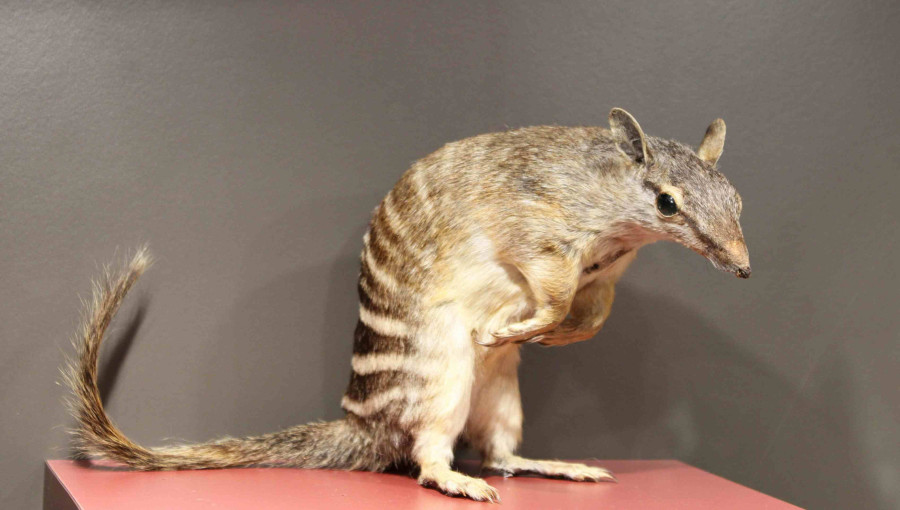 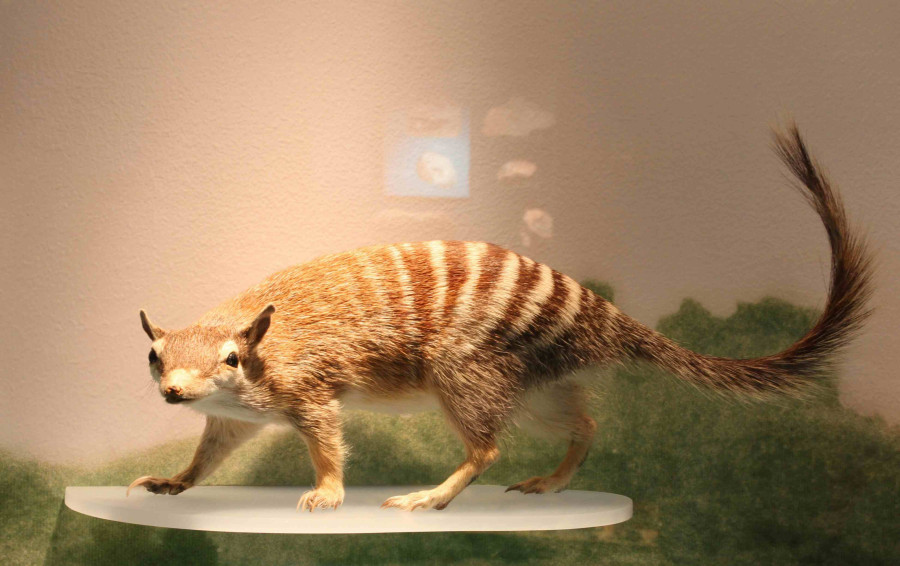