Today the weather opened up and it rained a lot overnight making the journey through a bit more hazardous. The River was swollen, but crossable and accessible in most areas. After a late start, it made way for good hiking conditions. I chose to focus today's effort on the natural features within and around the gorge. 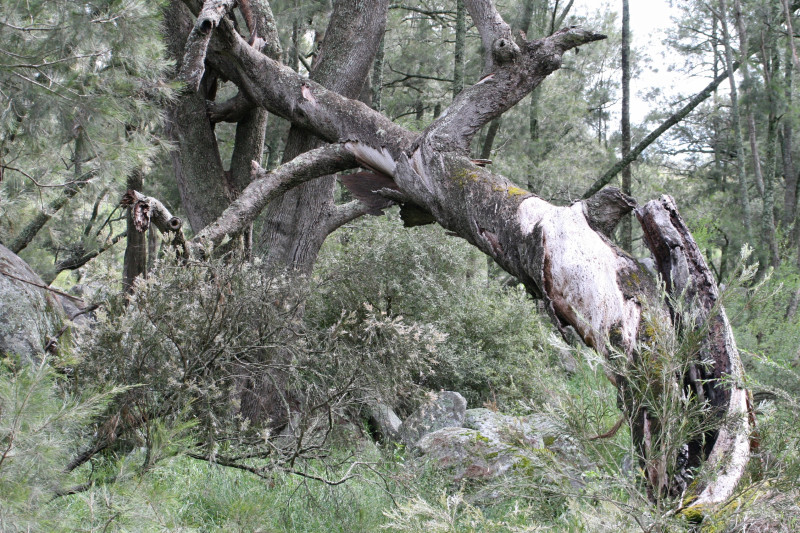 A fallen tree was found off to the side of the main path. This twisted tree had a hard life next to the river and since falling has made a home for many insects and wood borers. The birdlife also centres around this tree as the insects that are around the tree have formed a significant part of the food web that supports the local area. Grasses in the area have come into seed and the tall reaching apex is almost at eye level. Most of the gasses seem to be coming up at the same time and there is no difference in the timing that suggests that there is little seasonal variance between them.  It is also unclear of these are native to the area or have been washed down from the catchment area. The smaller brush grass can be found throughout the greater region too. 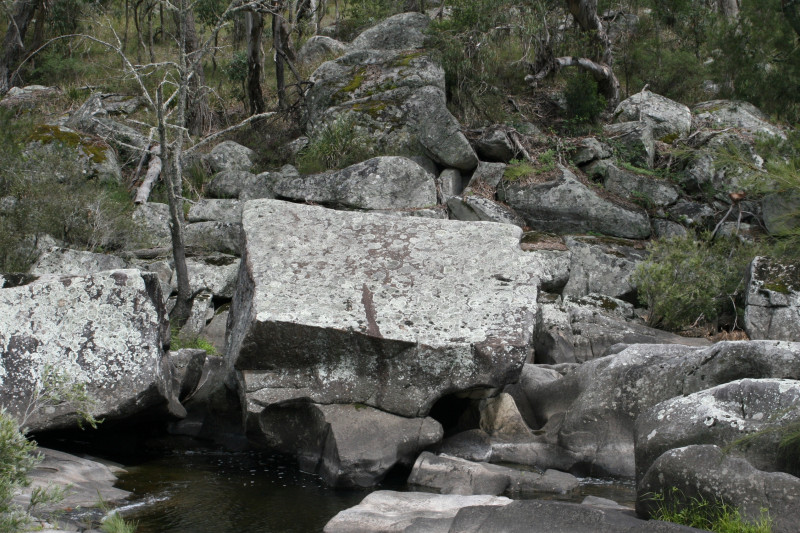 Traversing the river can be interesting. The rock bed is broken up into large metasedimentary rocks that form rhombohedral shapes or cubic structures. There is also a major granite intrusion that forms rounded asymmetric shapes and forms most of the larger boulders in the region. As the granite is predominant in the landscape, white and grey coarse sand beaches form through the river. 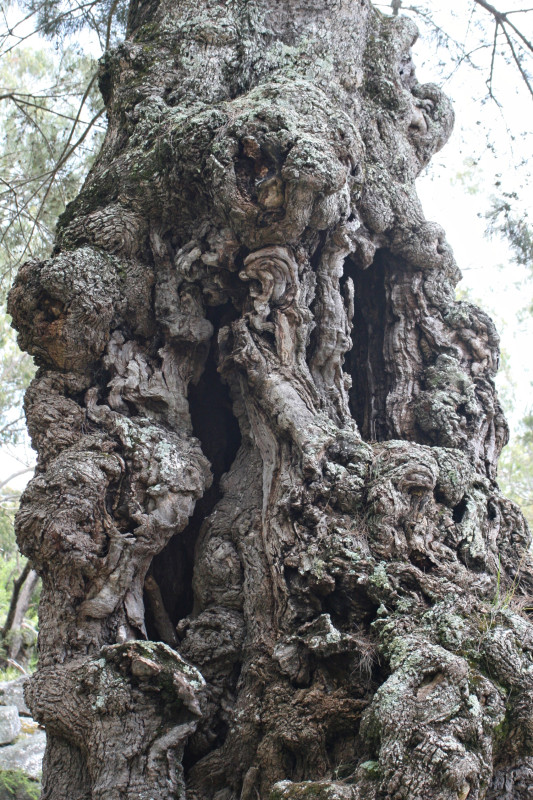 Living alongside the river comes with its hazards. The upstream side of this tree has undertaken multiple stages of regrowth and it has left textured scaring throughout its life, from being hit from the debris in the river during flood events. The texture is very unusual as a result.