One of Australias most recognisable and endemic birds is the 'minor bird'.

These birds go by a few common names used across the different states, as the yellow-throated minor, noisy minor, grey minor, and the white-rumped minor bird. These native birds often get confused with the indian minor bird as the invasice pest. The grey varieties near cities often are very vocal and are almost a well-hated bird as they have the ability to annoy humans very easily by taunting them. These grey minors, have also been known to torment pet cats.

I like today's photograph as it shows the minor eating directly out of a gumtree's pink flowers. This is a scene that we may not allways see, especially when a group of them are above scalding and taunting pedestrians. However, I have found in the outback they are not as aggressive and not even near anywhere near as noisy as their cousins on the coastal edge of Australia. Much can be said about the people there as well.

Although a dark and imperfect photograph, it is a scene that I want to share with my readers and the world. 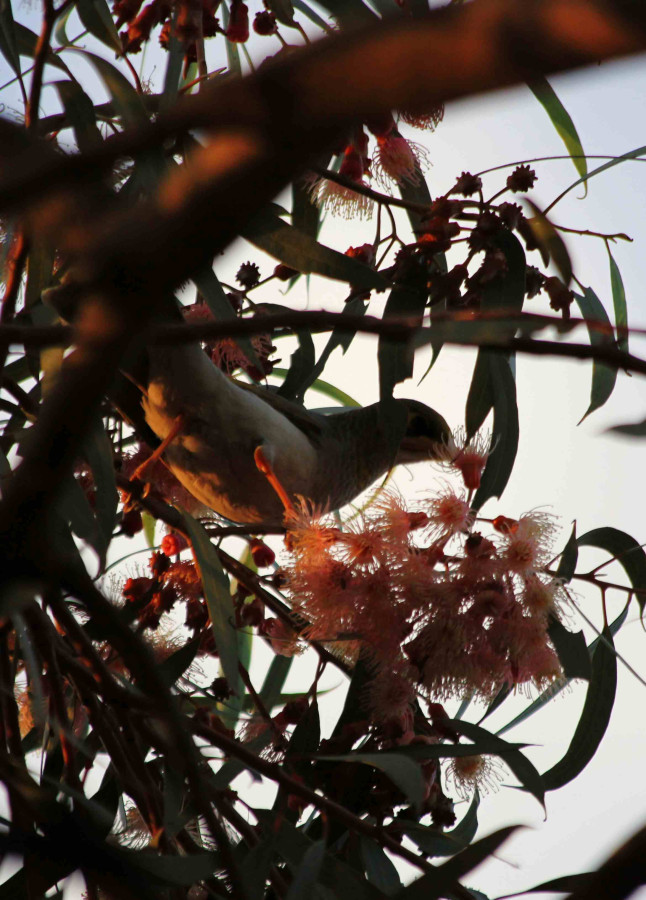