Today I stopped at Tuggerah Lake in NSW. Just 4 hours drive north of Sydney. The lake has changed significantly since the last time I visited in 2007. In ten years the water quailty and visibility has changed significantly, and there is a large build up of seaweed where there was once a long sandy shoreline. Most noticably there is more wildlife surrounding the shores. Like this  Eastern Giant Egret.

In short; the species is considered a subspecies of White Herons. The large white bird can be found as far south as Tasmania in Australia, with a continued distribution through Indonesia and as far west from Australia as India. Including as Far West as New Zealand. They also Range very far north; well past China and Japan, the same species was recently reported as far as Russia, in the Kamchatka Peninsula.

This bird's success is a result of its intelligence, wide variety in its diet, and an ability to adapt to its environment. Egrets usually hunt in shallow water; for Frogs, Small Fish, Small Reptiles, Small Birds, Crustaceans, Molluscs, and Insects such as Grasshoppers and other larger Invertebrates. These birds can be found mostly around salt water bodies, however they have a strong adaptability to most estuarine environments and other water bodies. Overall they are a highly successful species. 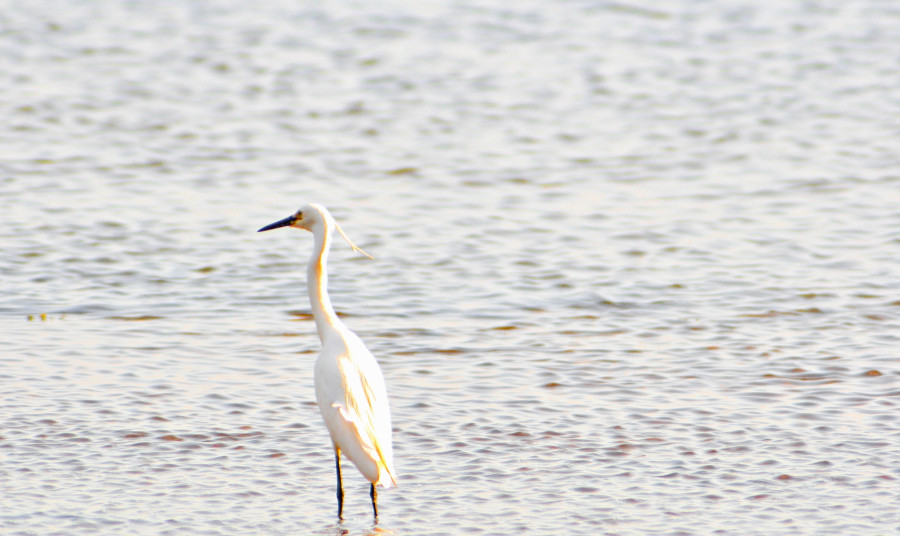