About a week ago I posted about the curious Black Faced Wood-Swallow.

Below I was able to photograph a common one without the black mask; but instead, a mask shaped facial disc.

Interestingly enough I learned recently that they are not related to swallows, but in fact part of the family of butcher birds. Which makes a bit more sense as they are not attracted to seed feeds. Such as Millett or other seeds in general. This one below is sporting a band too, which is starting to make me wonder how many bird watchers or ecologist are around? However, the encounter was interesting with the bird at eye level, which is a bit uncommon for this type of bird.

Overall the photo was taken in good light, and has exceptional attention to detail. Whilst being placed in the tangled and messy branches of a coolabah tree. Helping to add to the light green and blue tones from the leaves behind. 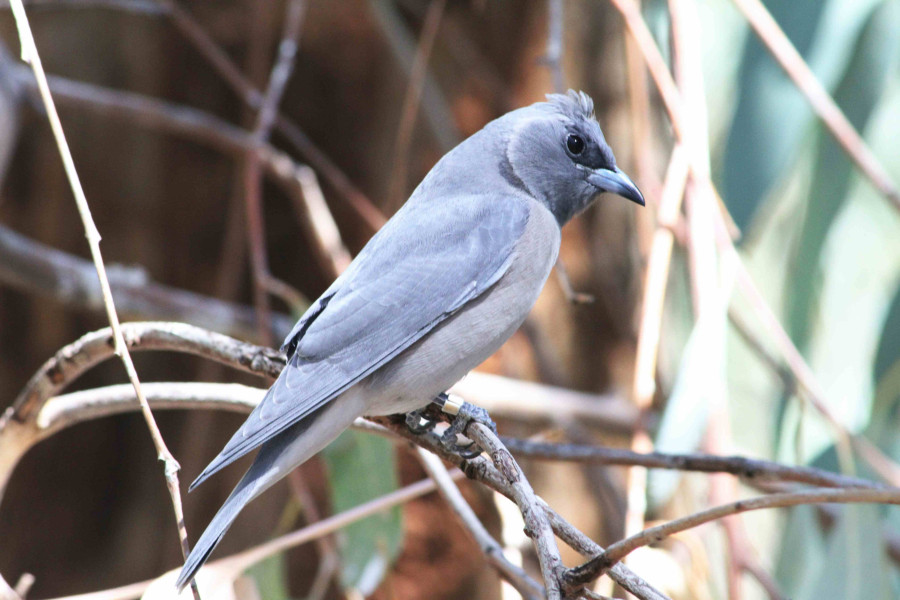 Oh yes, just back from the best stylist.