In the picture below we can see the rugged landscape that surrounds Alice Springs. To the right, we have the shopping district, and to the left, we can see the chimney stack at the local hospital. This picture is almost 1/2 of Alice Springs as a whole.

Geologically this region is very old. There is evidence of ancient mountain building in the surrounding rocks too. Where high heat and pressure had caused the rocks here to partially melt. There is evidence here that would support the theory that a convergent plate boundary was once here or nearby.

Rocks that show Sillimanite Lineations are only associated with rocks with extream temperature and pressure. Alike These are tightly grouped and pointing roughly in the same direction. Meaning extream heat and pressure was once effecting the region here.

We can also see a pure quartz vein melt, and the chilled horizon it made millions of years ago. The large crystals indicate this region was also hot for a long time too. The chilled margin containing both a mix of Biotite and Muscovite was interesting too. It is good to hunt for gemstones.

For as many millions of year old this place is, there is still a lot to learn and uncover about it. 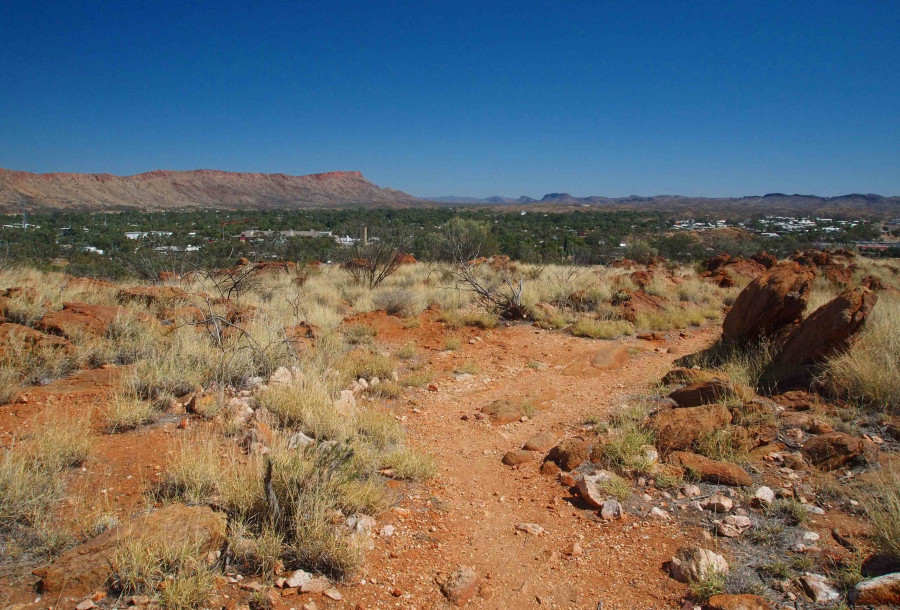 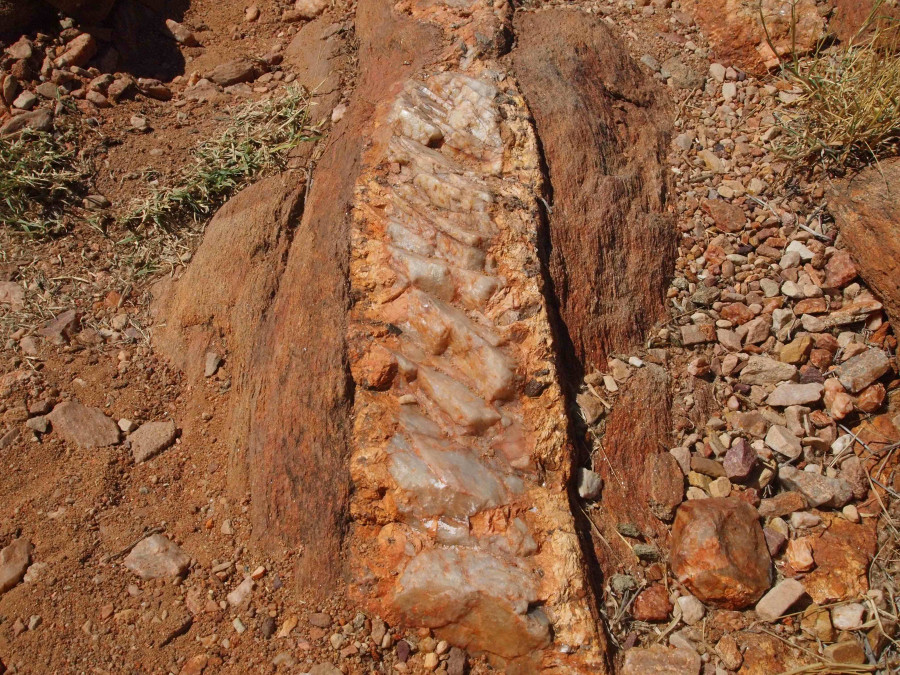