This little follow below is part of a species group of skinks known as Egernia. In general, there are more than 30 subspecies in this category. Some are well known like the Australian Blue Tongue Lizard. Others are like this Gidgee skink, much less is known.

Their tail, covered in what looks like thorns can range from small Stubbs, like this one. Further to exhibiting large thorns, or shirt spikes in some species. No one has made much comment about the tail this way, but it would serve as an obvious deterrent to birds after an easy pecking. It is also short, probably to help with birds not eating it as well. As in the case of garden skinks that lose their tail quite regularly from bird attack.

The photograph below exhibits excellent light, and the eye of this lizard in exceptional. He certainly noticed I was watching him. Shortly after he went straight into the tree hollow behind. 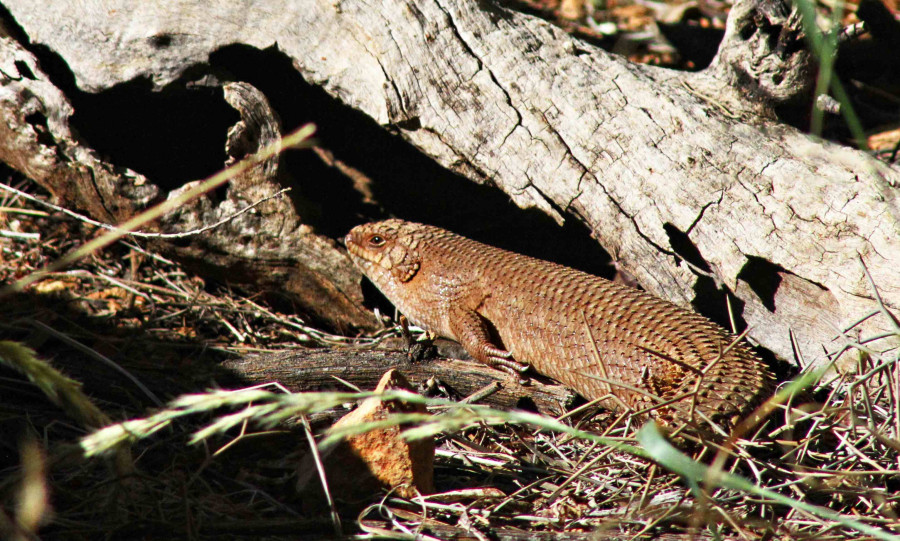