Today I was able to photograph possibly one of the quickest and frustratingly difficult birds that I have ever encountered. However, by using a number of different techniques, I was able to capture three images that worked well. This turned out to be the male of the orange chat species. These are also known as saltbush canaries due to their colour. The Female, lacking the black beard underneath the beak. Juveniles having a more dull and brown appearance before they colour up towards adulthood.

These birds are unique to Australia and live a surprisingly nomadic lifestyle. As they travel the outback and Southern Australia looking for food, water, and also a mate. Their migration pattern is non-predictable and also largely based on needs. Over 90 birds have been banded with the similar method as below; between 1953 and 1997, and none have ever been found or recovered.

The first image, was more luck than anything. However, the camera had to be set with a very high shutter speed. As a result, the image sensitivity was a bit high and it resulted in the noise around the background, You can see the silver band on this fellow too. As he is being watched not only by photographers, but local scientist too.

The second image, related to the bird's behaviour of darting in and out of shadows. By setting a light meter in the shadows, I was able to estimate a shutter speed with a lower digital sensor sensitivity. Resulting in an infinitely sharper image with deeper orange colours and contrast.

The last image is as the bird frequently jumped out from the bushes and shadows. Where you can't really see its eyes or beak. One would think from the photograph that it's a small bird with a really big mouth. Taken a bit later in the day, the image was a bit dull like the others but they are very interesting.

In summary; this bird is not a very common one. This is the first time I had encountered one in the NT. With the help of some zoologist that regularly feed this little bird to keep an eye on him. As we don't really know much about him, apart from the essentials. 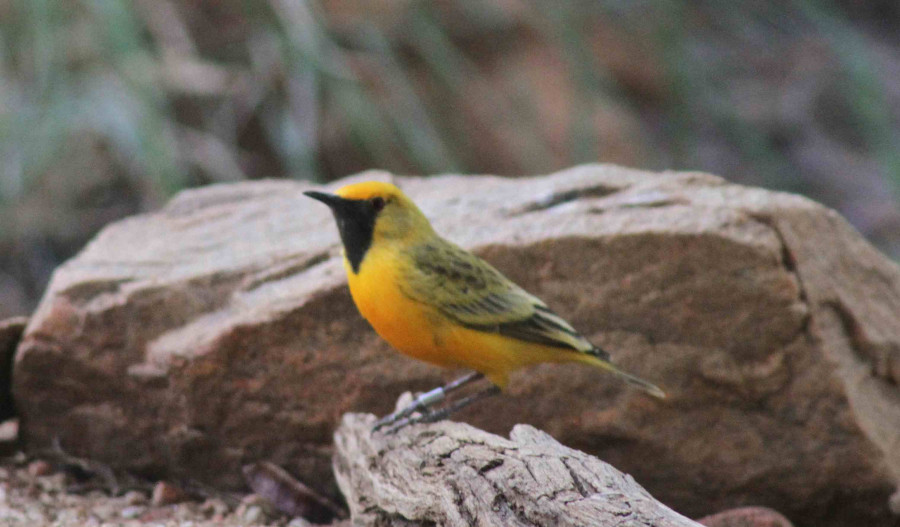 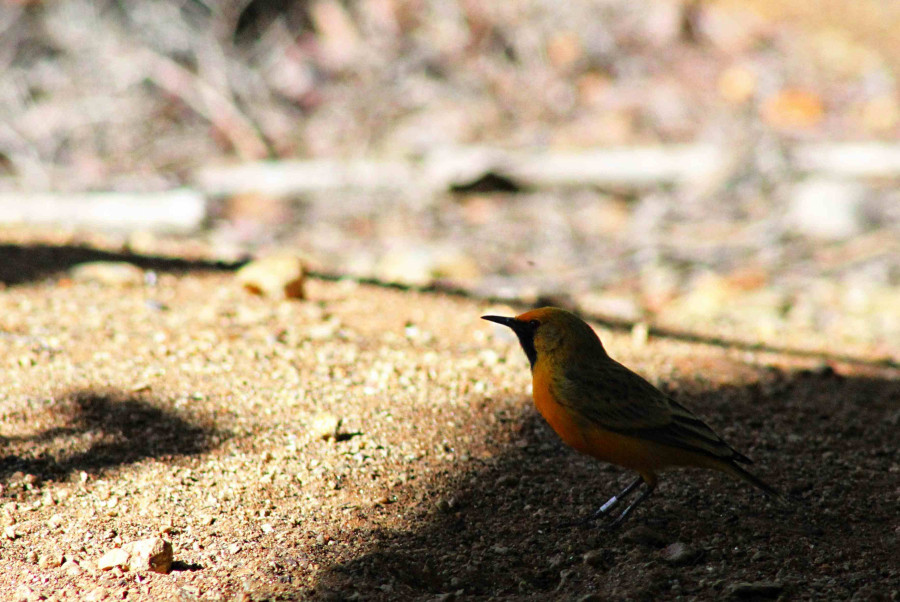 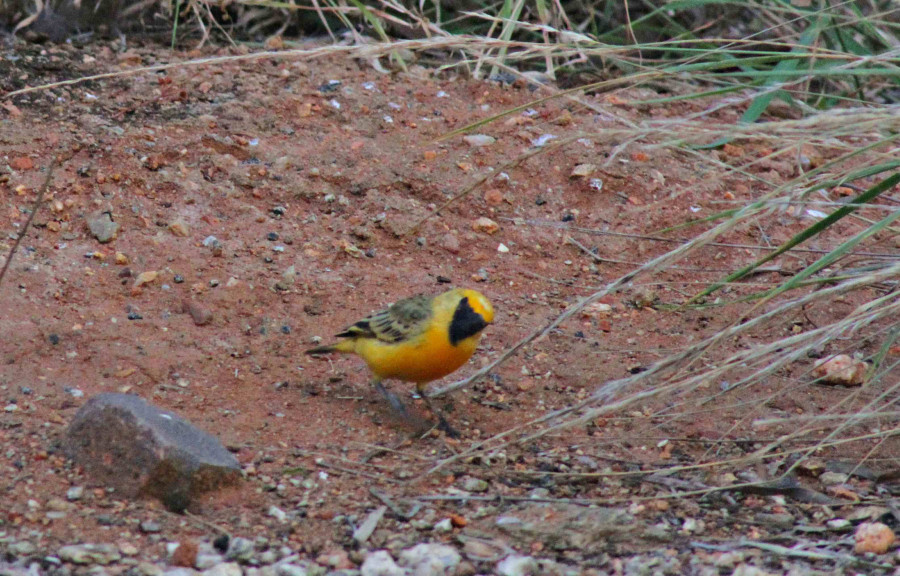