The Splendid Fairy-wren is quite a well-known bird, and it has been studied at an in-depth level through, so following the wiki link will take you to many places and even academic journals written about these birds. It seems that they have attracted a lot of attention over the past few years too.

In general, these birds have an amazing blue and black feather arrangement. They are incredibly small and fast, making them hot property for photographers looking for a challenge. My subject decided to stop in the middle of an entangled shrub, making the foreground and background very distracting. Never the less the females are less flamboyant, and have a grey appearance and a light blue tail. They are also more ambitious and will come right up to you given the chance. There are usually more females than males in a group.

In modern Australia, cats and problems caused by urbanisation have pushed these wrens to live in the more centralised parts of Australia. A large marker being the great dividing range in NSW. However, these were once a common sight where I grew up.

Wrens are still quite a common sight across Australia however they are a good example the impact urban environments have on our native birds. As Australia continues to grow, it will become important to set aside environmental protection policies to protect our wildlife. 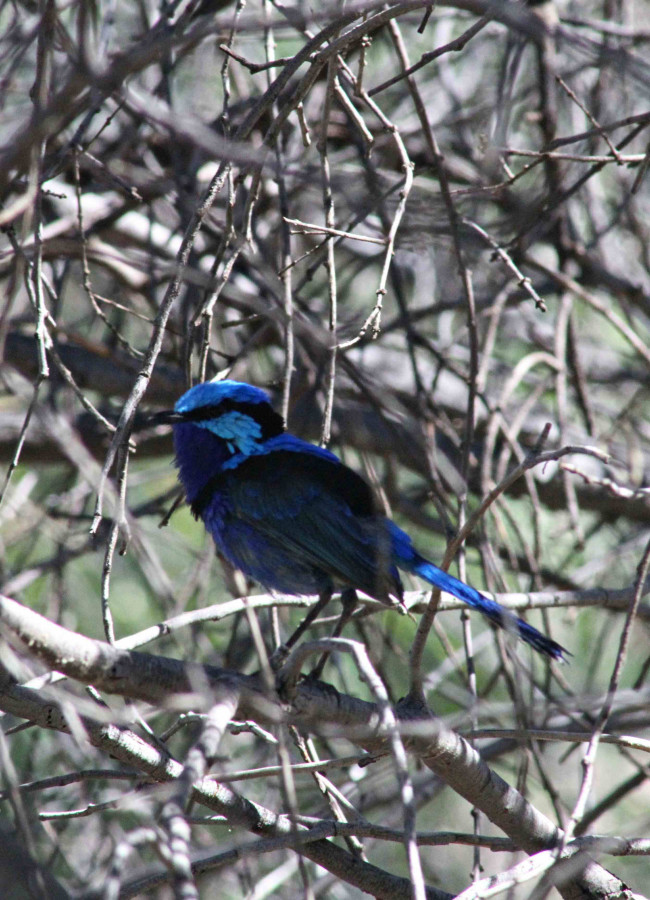