Another bird that has not been well studied is the Inland Dotterel.

From what I know, this bird has a few distinct behaviours and a rather interesting way of life related to its past. Also known as the Australian plover, due to its distinctive masking. This bird is a leftover relative of its ancient predecessors in the central heartland of Australia. Today found in the more southern region in grasslands and also wooded areas of the outback. I will admit that I have found this one quite far from where you would normally expect to see them.

80000 years ago, Central Australia was mostly a vast inland sea. Evidence of this today includes paleoclimatic studies and geological evidence that is all around us in modern Central Australia. Larapinta literally translates to salt pan; for example. The Dotterel is actually a shorebird and although it is associated alongside with seed-eating birds due to its size and shape of its beak; it is not. The bird's diet consists of eating the shoots of newborn plants, and occasionally it eats insects. One of its favourites is the common ground-worm. If startled it will run away and not fly either. With that said it is also very quick. If needed it will flap about to help assist with speed but prefers not to fly. All of these observations point to a theory that this is a very ancient shorebird. 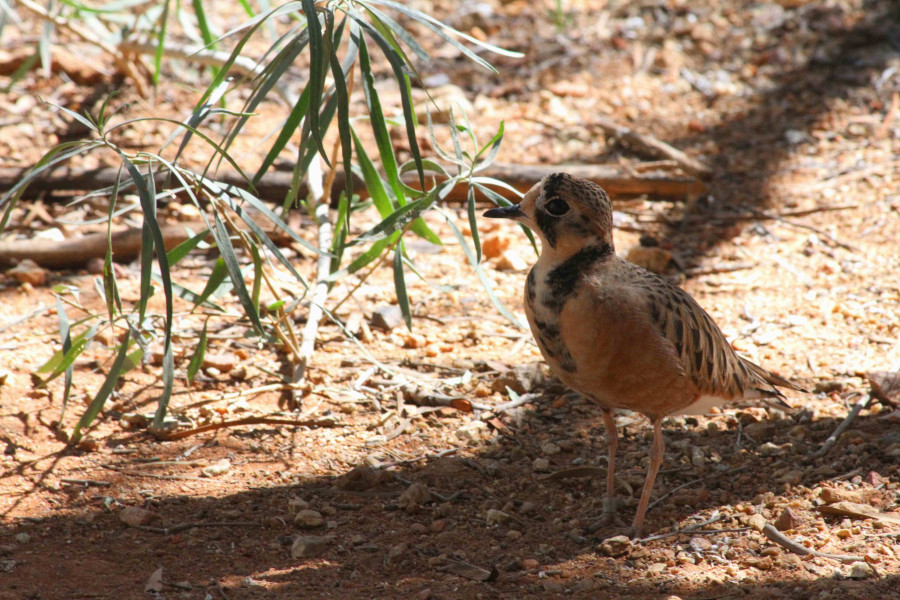