The Perenti is a master of camouflage in the NT outback. You won't see one until it moves, and when they do they dart off at incredible speed. Today's encounter was interesting, as it was a battle over who thought they saw who? In the end, the large lizard ran away shortly after the picture was taken. However, it is nice to encounter something different today.

Today's photo was taken using manual focus because the camouflage tricked the camera sensors. In the end, it was a good shot. The skin was particularly captured in detail, with the square-shaped scales showing clearly. I have observed this on other goannas and lizards in the region. Apparently, these lizards are also venomous, much the same as the comodo dragon in Asia. Being also the 4th largest land lizard in the world as an interesting trivia point.

In all regards, this was a really big lizard, and it was a great encounter. I was really lucky to have a camera on me at the time. These are supposed to be a common sight up here in the NT, but this is a first for me. 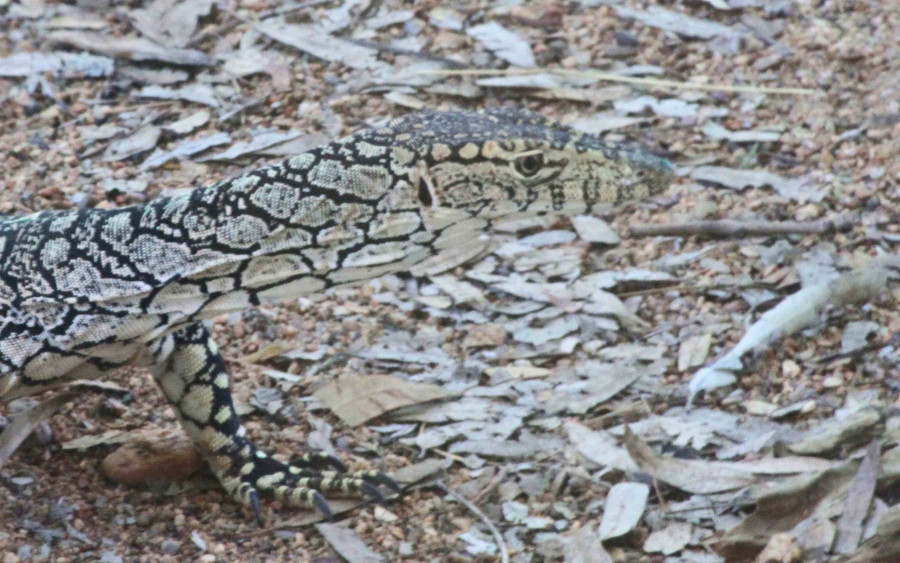