Early in the morning, I was just out for a walk, and about 15 minutes into the journey I heard the distinct call of a black cockatoo. This lived up perfectly to their reputation that they are heard before seen.  Positioned perfectly I was able to freehand this shot with the 1300mm telephoto lens. It was a miracle it turned out ok, and the bird flew off as soon as it realised it was being watched. It is very rare to see one just sitting about, most people in urban areas in Sydney may not even know they exist.

In general, these birds are of the least of concern to wildlife conservation, but they are still relatively uncommon. Knowing where to find them is the key to photographing them. Mostly they feed at odd times of the day, not usually in sync with when the best lighting conditions are in focus for the camera. The Key is their diet; they feed almost entirely on tree nuts and seeds such as the; Casurina, Eucalyptus Flowers, Acacia, Banksia, and Hekia seeds. They also are known to attack pine tree plantations and eat the seeds in the pinecones of radiata pine. Its a bit like junk food for them though. 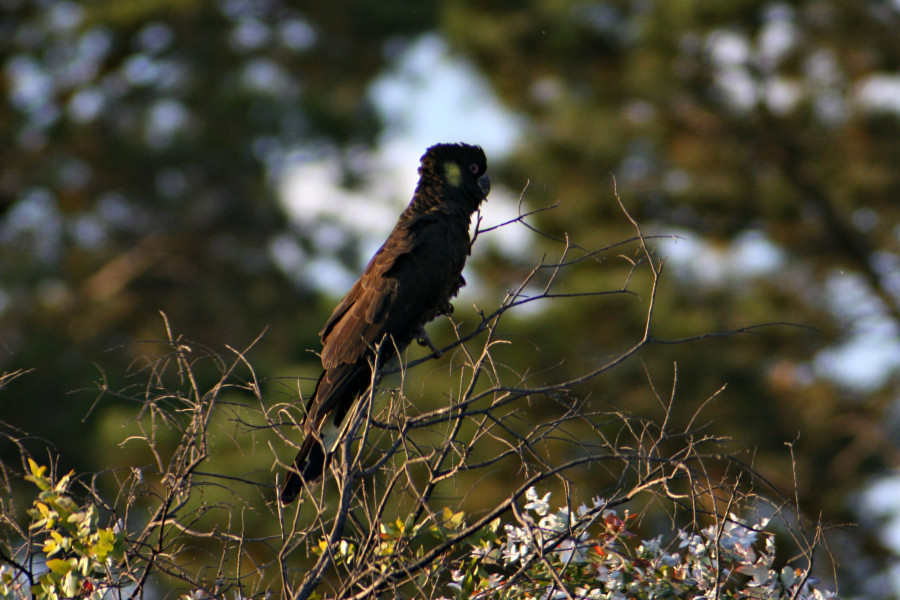