Whilst following the trails and riverbeds in the region it is very apparent that there has been a lot of human activity here. The most recent indicator being a 1" sony camera lens cap I found in the coarse sand of the dry riverbed.

The first photograph seems to be a continuation of the Yeperinye dreaming; however, I am sure that this region and sight; in particular, has a different interpretation and probably has a different meaning to what I first observed. It has similar features to the story of the Yeperenye catapillar markings, however, this artwork is more complex. Making interpretation matters worse is that this artwork seems to have some damage, with black fire markings nearby that have damaged one artwork. This artwork is currently under threat by the rock exfoliating and eroding as part of the greater dynamic earth and rock cycle. However, we can certainly remark that this area is a special place. One of many that interconnect with trails in the greater region.

Scar trees nearby the dry river bed also indicate that this is part of an ancient trail. The gum tree nearby has had a lot of human activity impact it. However, these trees make up part of a large network of trails in the region. Finding the trees means that you know you are on a trail. The artwork of this type so far have pointed south-east and the trees north-west; almost as if they were geographically opposed. The artwork and the tree combined indicate to me that this area has been a thoroughfare for people, for what could have been thousands of years. 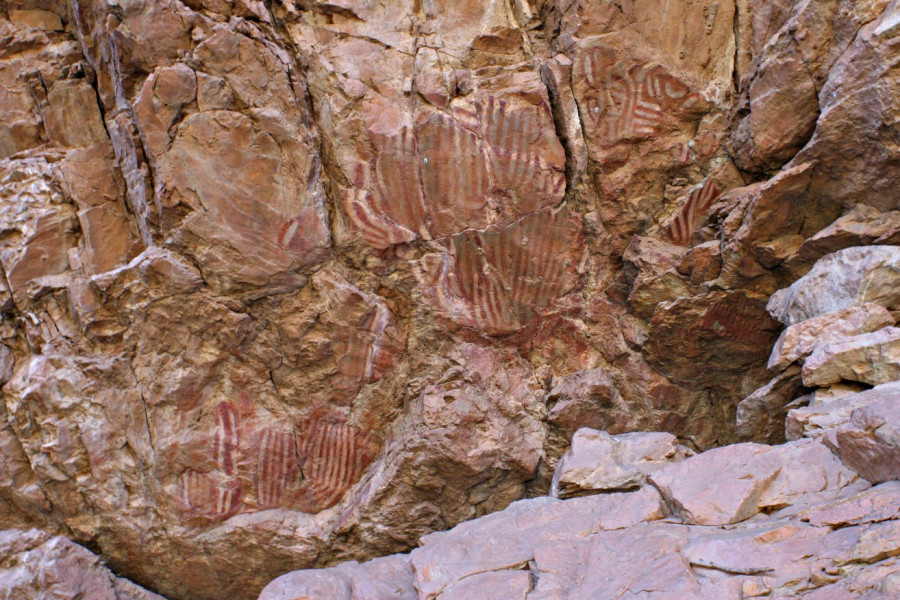 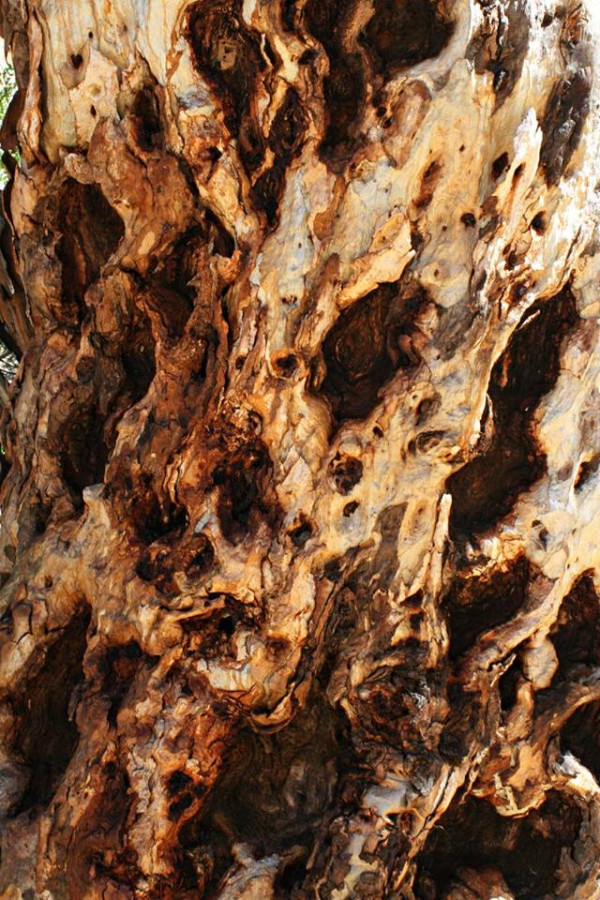