In Australia, you can find many strange things. This can be wildlife that has confusing habits and morphology, like hopping on two legs, whilst having two short arms much like a T-rex. Or, perhaps the existence of wildlife that mainly prefers to come out in the dead of night, because the daytime is simply too hot. Non the less, many introduced species have taken up residence here. Dingos for example, are considered a native introduced species, first brought here by sailing traders from Indonesia for example. Some many thousand years ago. Another recently introduced species is the German Backpacker.

These interesting creatures seem to thrive in the hot Australian Climate. Interestingly enough they seem to travel either alone or in small groups of up to 3 in size. Seen here, caught off guard we can observe a wild female backpacker eating an apple.  As we have never seen one eat before, we can only assume that they only eat apples. Which is a rather odd but specific diet.

Today was a rather interesting day. as there was not much wildlife about. However, there were numerous backpackers in the area today. Nobody knows why? Especially as the Alice Springs Region does not grow many apples. 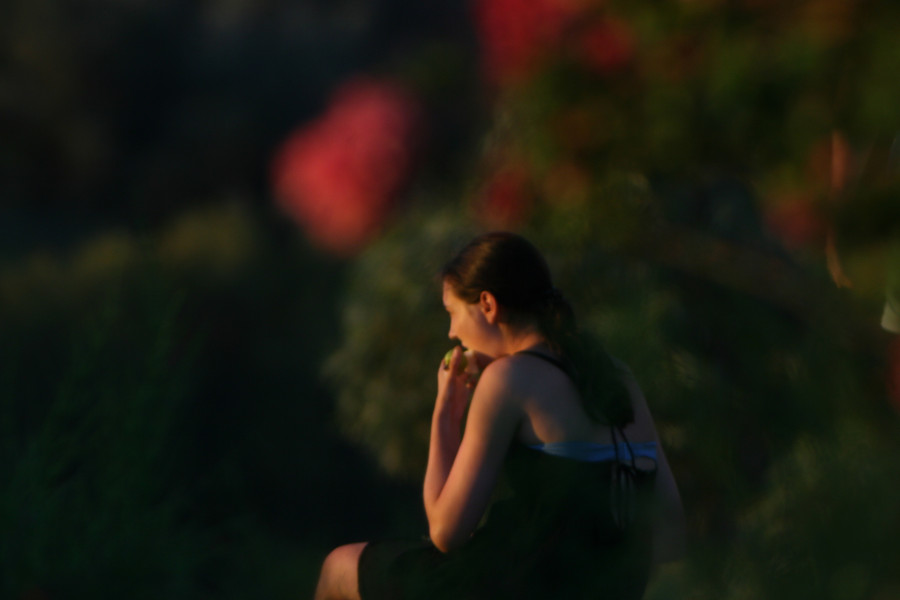