The Australian Crested Pigeon; is one of the most recognisable native birds in the region. They occur almost everywhere in Mainland Australia, with exception to the far northern tropics.

There are only two species of Ocyphapses in Australia. The Crested Pigeon, and the Spinifex Pigeon. However, the crested variety is far more common. The common or slang term for this bird is the "TopKnot Pigeon"; although this is a little bit incorrect as the Australian Topknot pigeon is a different bird entirely, well known for it's 'Coo-ee" type call.

These birds are very common to the point that they are at least of concern to conservationist. They are usually found in woodland, and open plains throughout Australia; however, they also have taken up scavenging activities and can be found in the urban environment as well. These birds make three very distinct calls; the first is the most memorable as if you stumble across one they will fly off with a high pitched bleating noise. Assumed to warn others that a predator is nearby. This usually causes a very good jump scare when you're out walking in the long grass. The second is a dove-like resting 'coo', and these are usually not observed unless they are very tame. The last is their peculiar mating call. Whilst bending over the male flashes off his tailfeathers and makes a 'woo' noise broken up in between a distinct popping noise. The show of bright iridescent colours on the wings is usually a good indication of maturity and health.  Overall these pigeons are very unique and have been a part of Australian Bush heritage since being named in 1822.

Recently ANU discovered that the alarm sound when these birds take flight, is a non-vocal sound. It is produced by the increase in airspeed between in 8th primary feather and the others on the outer wing. ANU scientist trimmed this feather on both sides and discovered it changed the sound produced. This was first hypothesized by the legendary biologist; Charles Darwin. 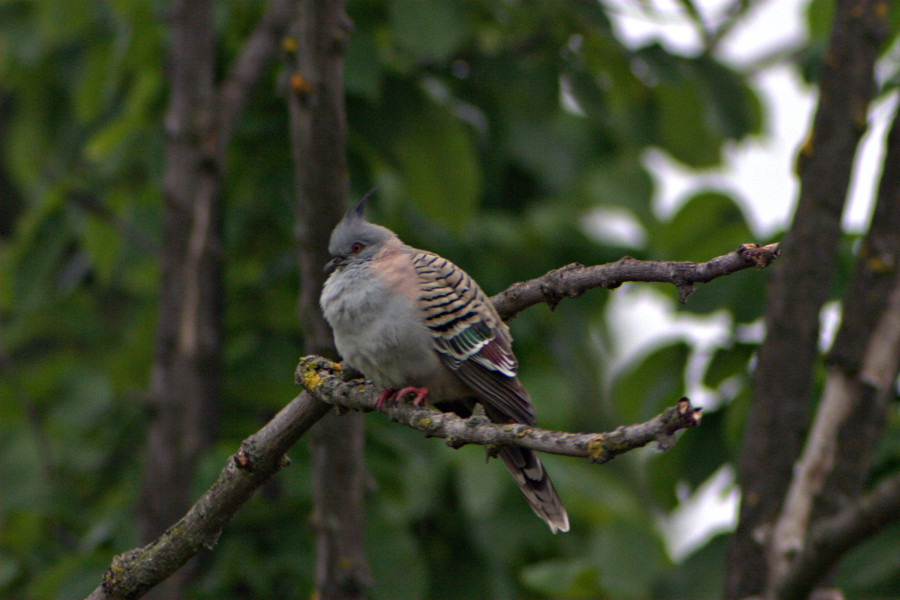 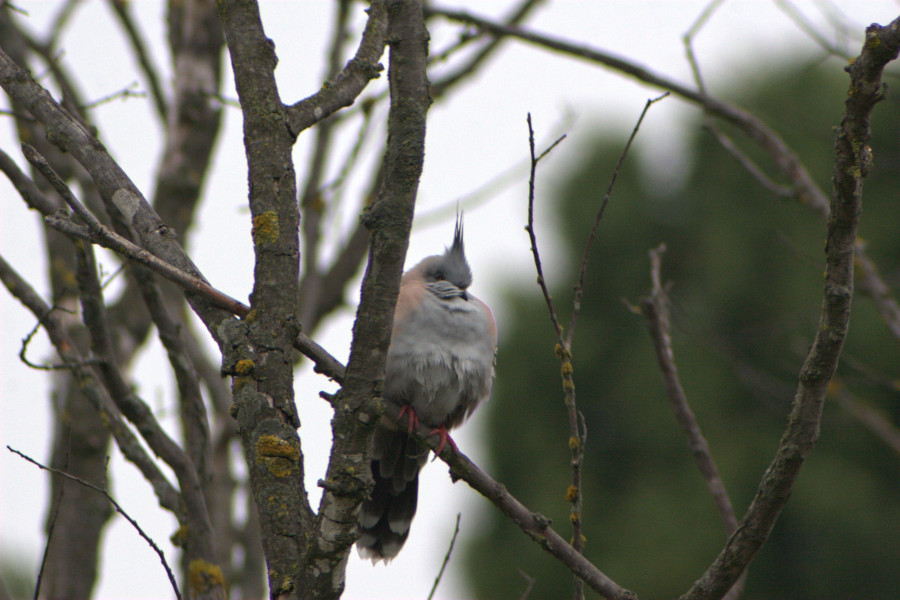