Pygopodoid geckos make up a species group with over 150 varieties in Australia. However, this was not always the case. Climate change was revealed to be a critical point in the timeline for these geckos. 35 million years ago Australia went through large shifts in climate, about the same time Australia and Antarctica tectonically split from eatch other. The result was that Australia became a drier place and Animals were forced to adapt, under these changes. By observing the fossil record we can see that this lead to the rise of new species well adapted to the new arid climate.

Researchers from ANU, found that the geckos were able to thrive in this environment. The first adaptation was behavioural, as geokos turned nocternal to avoid the heat during the day. Later physical adaptations gave geckos advantages to save water. Thick skin, and scales for example. Other features of special species include eyelashes, that help keep sand out of there special eyes. Gockos have a clear scale that grows over there eye, commonly referred to as a spectacle. The spectacle helps the eye retain its moisture, but the downside is that it has to use its tounge to keep it clean. With theunique featuresres, geckos were able to thrive in Australia.

While the climate shift drove many species to the point of extinction. The now common Gecko; accordingly, had found a way forward in the dry and arid continent, almost 10 million years ago. Overall the ability for nature to adapt and survive in periods of climatic shift is an important aspect of life on earth. Adaptation and the rise of new spiecies is a wonder of life on earth. 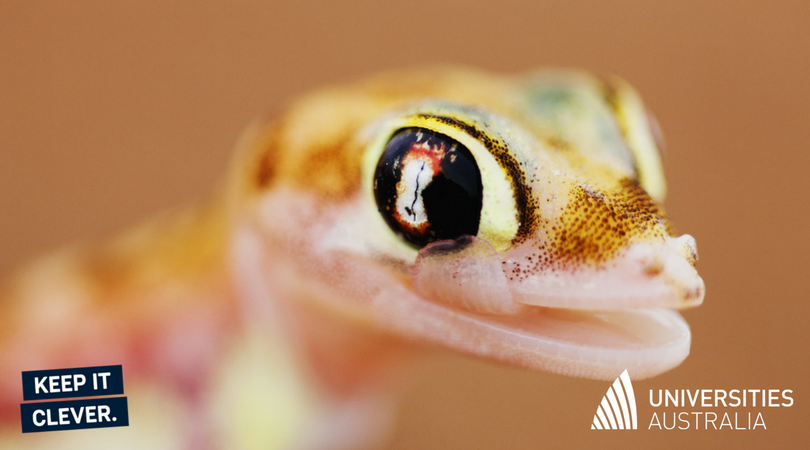