Taken a while back and now, was my street photograph of Queen Victoria's Statue.

This photograph was taken back in 2012, however was never doveloped or further digitised due to nature of a the busy life at the time.

SInce then I have gone to look through the photographs of when I would trevel to Sydney and walk around taking photographs. This one stood out more than others. Taken useing a simple digital camera at the time. Not even a SLR. Somehow also managing to take the picture with very little structural distoriton, and parralax errors. With additional dynamics that are almost reversed. As the statue is the darkest ellement in the picture. Creating a visual message. Among the bight grand buidings. It may perhaphs refferance her later years known as moody and in grief of her husband through her later life. A story within the picture.

At a simple level however: It shows the grad Victorian architecture of the time, and the style and nuaunce of Sydney in its early but grand years. A style of architecture that I have allways admired. A style that is still present today among those who walk the streets towards the Queen Victoria Building. Reffered to as the QVB.

This is a photo showing some of my early attempts at photography. I am quite please to look back over my old work and have taken some tme to reflect on it. As a result, I am able to share this photos and stories like this with the rest of the world. 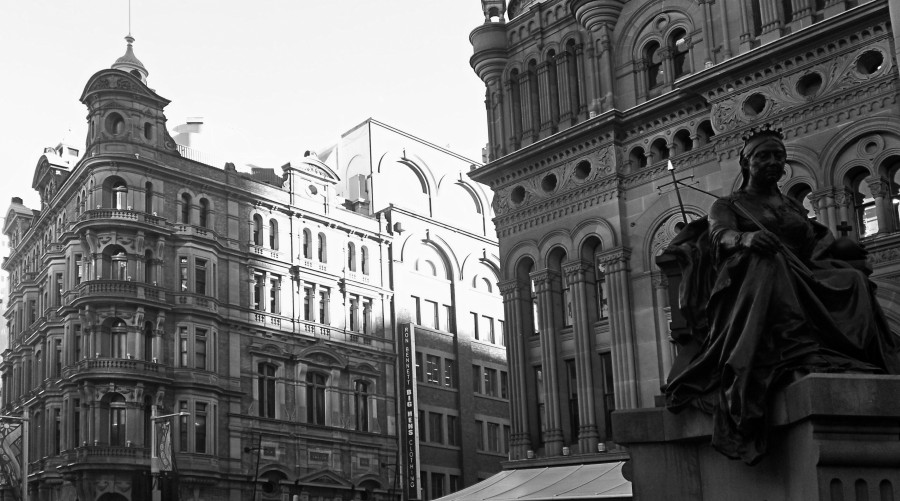