In rather unexpected news, the Rainbow Lorikeet has been broken up into 3 distinct new categories.

The common rainbow lorikeet, as seen below is best known for its sugar-loving antics, and hyperactivity. However, after the discovery of minor variations in appearance, this very common denomination has been split into new categories first hinted by subtle differences in appearance. In which they can not interbreed, and are genetically distinct.

The Coconut Lorikeet - Is best identified by its blacker face, and black stripy appearance that adorns the red colouration of the bird's breast. Found in the Northern regions of tropical Australia and the Asia Pacific region, this bird loves coconut flowers and any sugary treat it can get its hand on. With very similar traits this bird is very hard to distinguish from the common variety. However, once the black colours are seen, alongside legs similar to that of a scaly breasted lorikeet. It is clear that this bird is very distinct.

The Northern Lorikeet - Also known as the 'red-neck lorikeet', for obvious but subtle reasons. Gave rise to a distinguished bird that prides itself on the bright orange and red stripe on the back of its head. Ironically this bird also inhabits the same region of Australia known for it's Bogans and Rednecks. Leaving it with the local term: Northern Lorikeet.

While the news of the Rainbow Lorikeet discovery is not groundbreaking, due to the nature of such a common bird. It can show you what photography and birdwatching can achieve. As the birds are now treated differently based on their rarity, and newfound classifications. 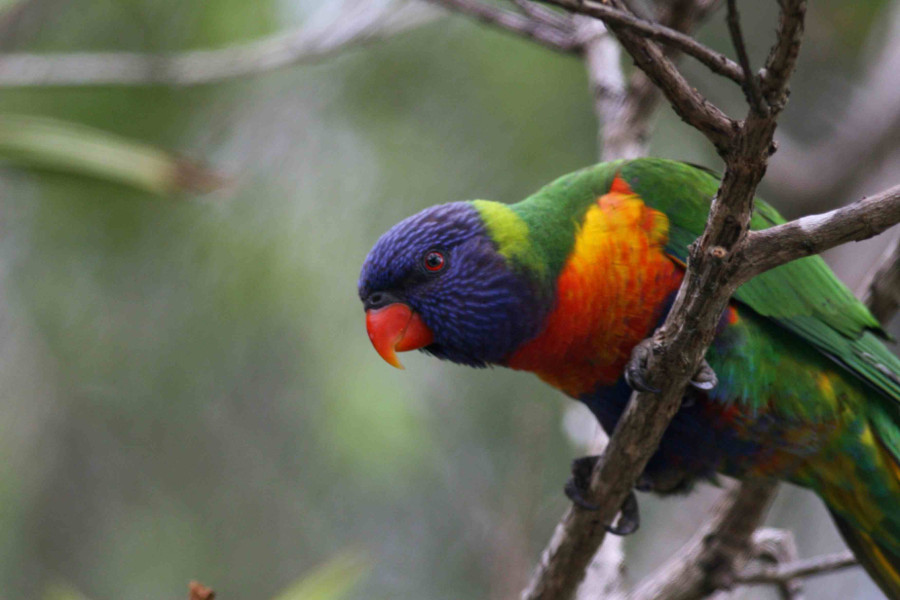