It would appear that Tata Motors India: who own the Jaguar-Land-Rover Group brand has officially made up its mind on the new Defender. A Hybrid off road vehicle with air-bag suspension and a raft of rather odd styling twists.

Many Land-Rover enthusiast watched the last Defender roll off the Solihull production line in 2017, and it was about as sombre as a funeral for the much loved and iconic Defender.

As the story of the new Land-Rover Defender took shape over the last few months, it was very apparent that teams of photographers, naturalist, and desert dwellers will be maintaining their Land-rovers until the end of the petrol/diesel industry. As we are almost all in agreement that this is entirely unsuitable to our needs or cope with the extreme conditions that older Land-Rovers could.

The only way of describing why almost every crack team of explorers are unhappy, is as follows: That if you signed up for a weekends sailing experience at a holiday resort, and it was cancelled. You would be disappointed. If the resort offered you a motorboat for the same cost or a bit more as an alternative activity you would be most likely to take your money elsewhere. Simply because its not what you initially set your heart on. Being the experience, nostalgia, and prestige that first captured your minds attention.

With no doubt in motoring enthusiast's minds, it has been a disappointment as our dream of buying new defenders so we could step out of our knackered 110's and tdi Discoveries, is over. But there is one thing for sure: anyone who works at Land-Rover designing them won't buy them, and neither will all of the critics who are raving about them, and giving them awards in the papers. Leaving a very small select market of people who may also be: not that interested either. 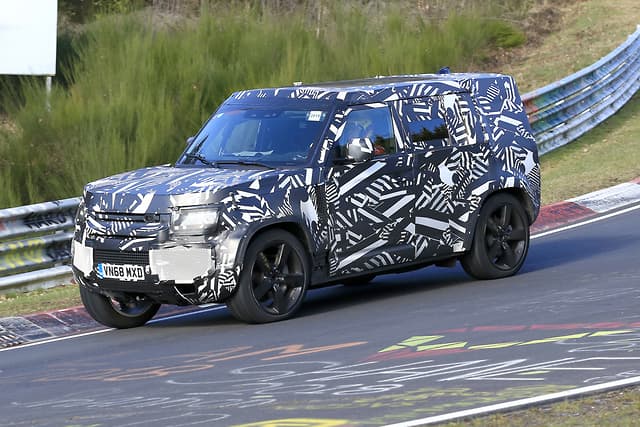