Today's photo is a strange one: it's a banded buff.

These birds can be found in almost right around Australia, except for the red centre and the north west of WA.  However, they are incredibly hard to photograph as they can run very quickly and don't like visitors. However, closer to urban areas they are much more carefree, and are very bold. They will walk right past people in some areas. Today I was able to photograph one for that very reason. I just walked past the trail right in front of the camera.

These birds greatly resemble the common chicken; however, they are much smaller. Here you can see their toes are quite long as well. These birds usually live in fairly boggy areas, and extensive long and shrubby grasslands. They are mostly known to nest in the often swampy grassy regions around Australia. One good reason as to why you can't see them very often is that the feather pattern does make for excellent camouflage in these areas. Making them almost invisible in the bush. 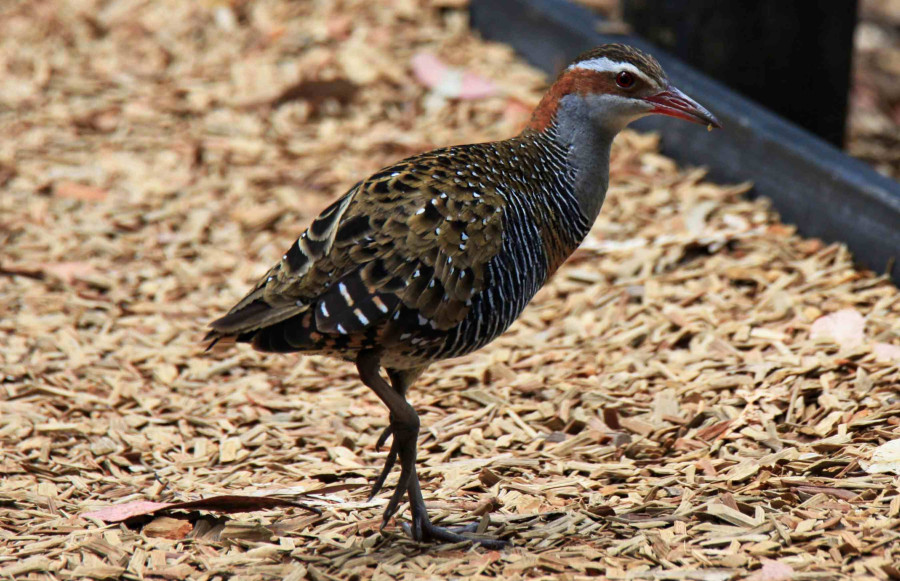