After a very long search, I was able to find a very interesting bird for today.

The Eastern Koal, is a species of Cuckoo and are known for a specific behaviour. Cuckoo birds lay a single egg in another birds nest, after hatching they take over the nest. The bewildered much smaller parents then undertake massive efforts to feed what is slowly becoming a huge bird! Afterwards, they call out for their own kind and begin life as a fledgeling. No longer an imposter hiding in someone else's home.

Today we have both the male [black] and female [grey]. Which could also be a younger bird because it still had an amount of brown in its feathers, and its eye colouration was not that strong. Red is quite an unusual colour after all. 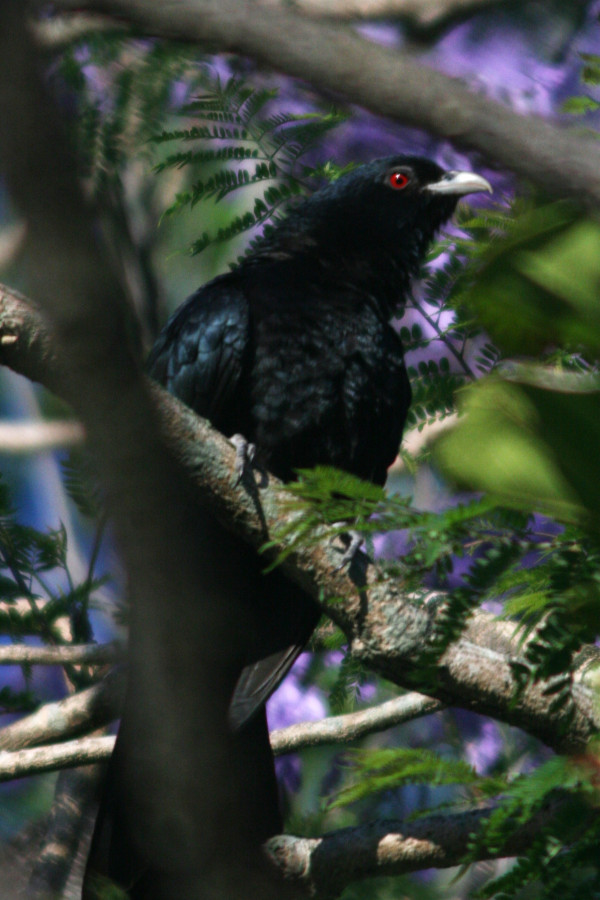 In the past few days; particularly last Friday, students took to the streets in protest. As politicians in the federal government of Australia continue to fail to address the issue of climate change.

Here, the politicians are attacking the youth of Australia, by stating that they will become welfare recipients and a drain on society, if they choose to protest. A scathing attack on our own youth who just want to voice their opinions. Attacking children with the same ferocity that they would a competing politician, shows that they are power driven and not interested in representing the public.

Most ironically, these politicians are complaining about the children not going to school and working. Yet next year they will only sit in parliament for 8 days. An act of total hypocrisy. Better said by the children themselves in reply 'why tell us to go to school, if you're not going to listen to the educated anyway.'