Lion-fish is a long line of names that his fish have been called over the years. Including turkey-fish, zebra-fish, butterfly-cod, fire-fish, and more obviously tasty-fish. The last, possibly named by an interesting local I met in Far North Queensland who thinks all fish are named Tasty as a prefix. Though the re-naming to tasty fish, was actually part of a campaign to eat the fish out of invasive territories in the Atlantic and Carribean were the fish is currently considered to be a pest.

Notably, this fish is actually venomous. Over many years this fish has been hazardous to fishermen and divers who have found out the hard way. Seen with the fishes fins are long barbs that contain venom. Although death is very rare, the venom is known to cause severe pain, nausea, pins and needles, headaches, and has lasting effects for up to 7 days.

Ultimately this fish is one that prefers to be left alone. 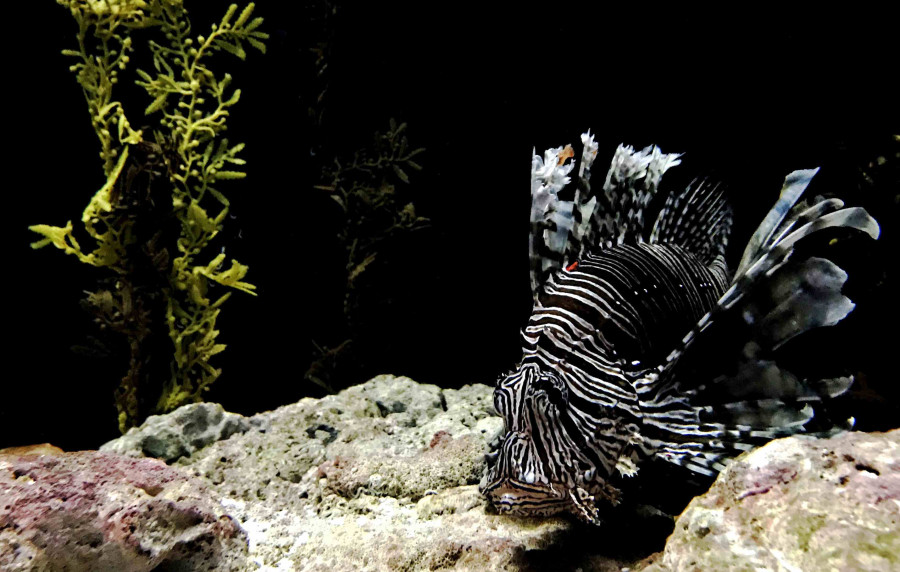