Also known as the green figbird, this bird is a very interesting subject. Named in its association with eating mainly fig fruits in Australia; however, the bird does eat a number of seeds and fruits from other trees.

The description of this bird does vary a lot between sexes. Here we have a picture of a Female. However, males are vastly different with a yellow chest and red colouration around their eyes. In addition, their back is a lot greener rather than mostly grey. I have attached a picture from another webpage below to fully describe both birds.

The bird ultimately is part of a group of birds known as Orioles. These old world birds are very interesting, and the Australian subspecies is none the same in behaviour to the others. As numbers can grow in size during breeding seasons to a flock of 40, elsewhere in the world they remain monogamous and in pairs. Uniquely these birds are only found in Australia, New Guinnie, and scattered throughout the Pacific Islands. 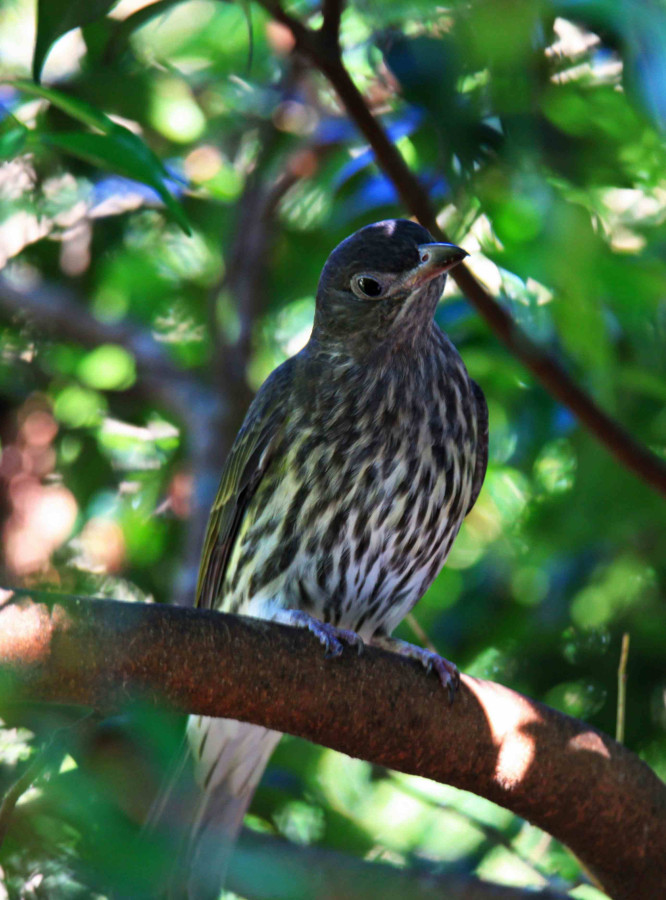