Today's photograph is of two Apostel birds sitting in a tree. On the right, however, the stick almost makes it look like the bird is wearing a hat fascinator.

Previously known as grey jacks, or blackbirds, usually roaming the woodlands in small packs. Wildlife writers noted birds up to packs of 12 roaming for food. Christian wildlife writers started referring to them as Apostel birds due to their biblical association of the number 12. However; this is vastly incorrect as packs can reach sizes anywhere and well over 100 near a good food source. There other common name of "Chough" is actually incorrect and refers to another bird entirely.

With all that said they make an enormous amount of whistling noises, which can be easily mistaken for a flock of parakeets. With that said they are quite mischevious and are very interesting to watch. Often they will intelligently work at locks and containers trying to get food out. Sometimes successfully. 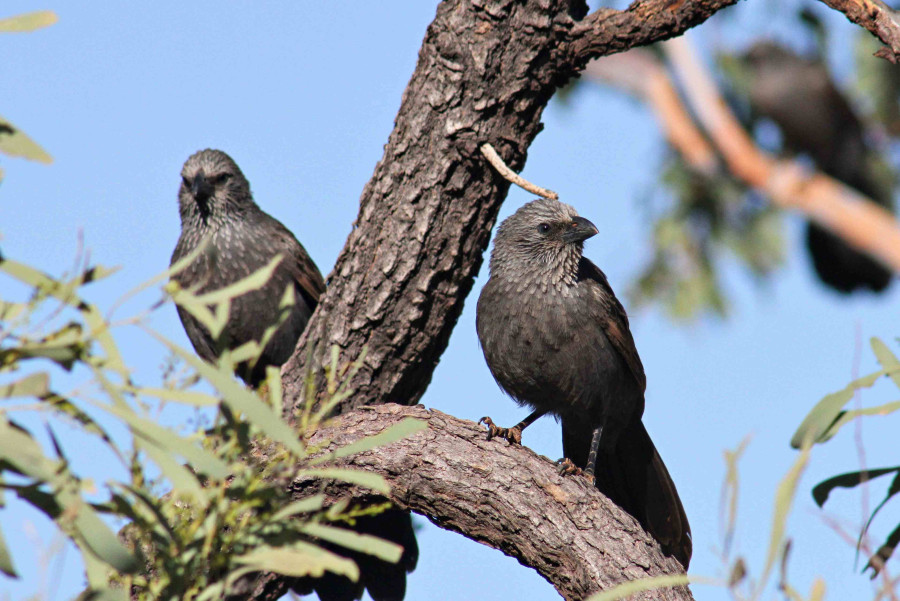