The Australian Freshwater Crocodile is the second and much smaller species of Crocodile that lives in the northern regions of Australia.

Freshwater crocodiles are much placid and are not known to attack humans, instead, most cases have come out of self-defence as they don't like being cornered or provoked.

They are in fact very different than their larger saltwater neighbours. Aside from size, they have a differently shaped jaw that is long and thin. They reside inland further from saltwater and estuarine environments. Preferring higher elevations and fresh water. They mainly eat fish, birds, and reptiles along the water. A large Aligator has been noted taking a wallaby from the shoreline, but this was by a 3m large adult: as they don't normally do this. 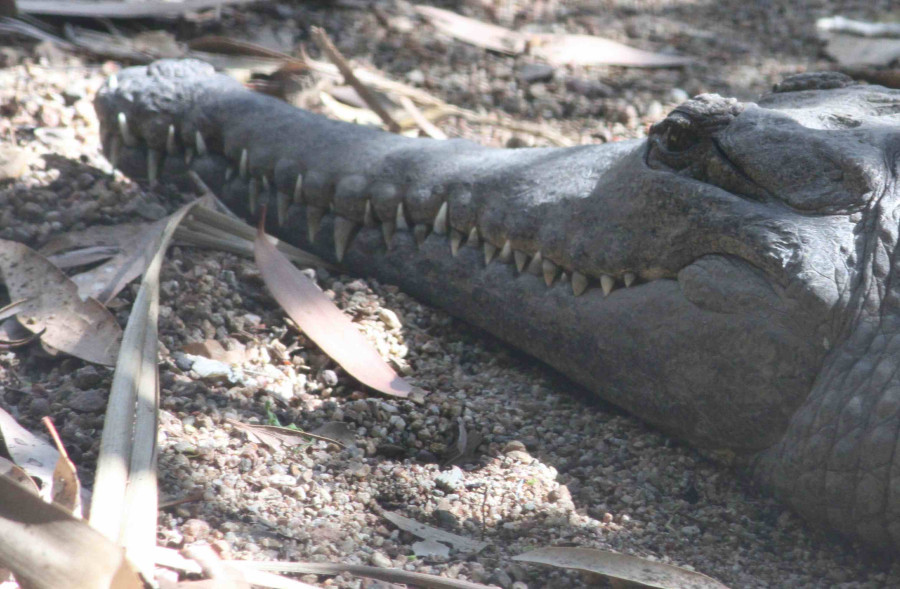 View from the Landrover;