The Australian; Gold Darter, is a waterbird found along most of the Australian waterways. The bird exhibits a snake-like long neck, black feathers, and a needle-like beak. If you find a healthy one they will have a gold appearance to their feathers across their back.

Being an old world bird, the Australian Dater is more closely related to neighbouring species in Africa and Asia. The American equivalent being a distinct offshoot to this relation.

The Australian darter is also another living fossil, as we have found examples in Pleistocene strata in Australia. Having been around for quite some time this bird is quite successful. Its long neck allows it to reduce its buoyancy as it dives in head first for food in the waterways, or simply swim and catch fish by spearing them with its beak and snake-like neck. Although this bird has not developed watertight feathers though. Once it has done swimming for food, it will sun its feathers in order for them to dry out and the bird can fly off again.

Other names include; the devil bird, due to its long snake-like neck. The needle beak shag, due to its sharp beak able to simple stab fish to catch them. The only Indigenous name I am aware of is Minmal. 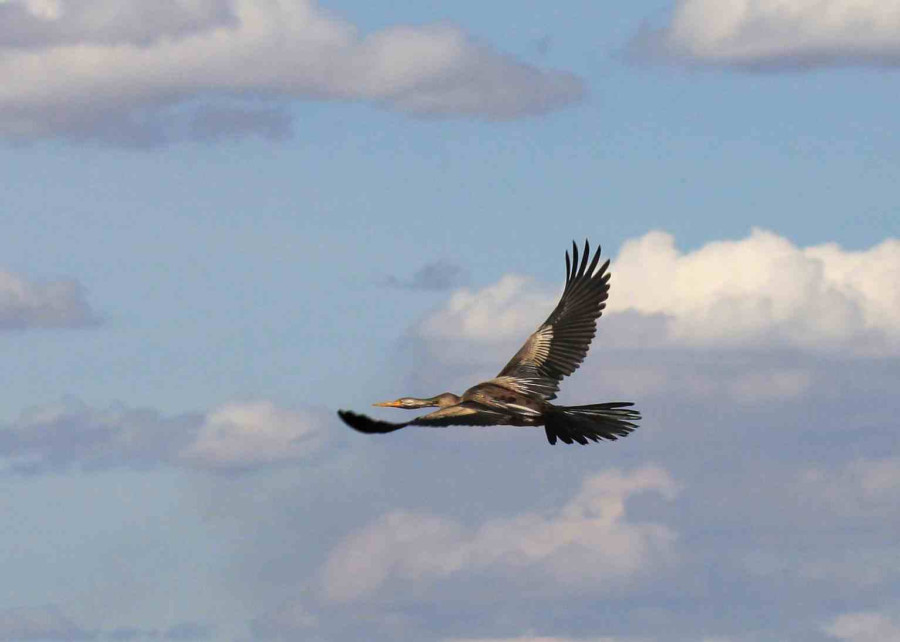