As it would turn out Spoonbill family is in fact very complicated, and they are now considered not to be part of the ibis family. Their common name Spoonbill-Ibis has been around for a long time, but it turns out they are very different aside from appearances. There is still a lot of confusing texts about new world ibises too, that claim spoonbills are in fact part of that grouping.

Either way; I have never seen one in real life before so I took a few pictures. It is quite a fair size and oddly shaped. The spoon-shaped beak; for example, is difficult to capture using high shutter speeds, as you require a depth of field to fully capture the image of the whole bird. At the same time, if your bird is quite active it will make the situation difficult for you at low shutter speeds. As a result of an active subject at the time, my photograph almost did not turn out. Also becoming wildly overexposed.

Anyway: The locals say that this is a Royal Spoonbill, Platalea regia. 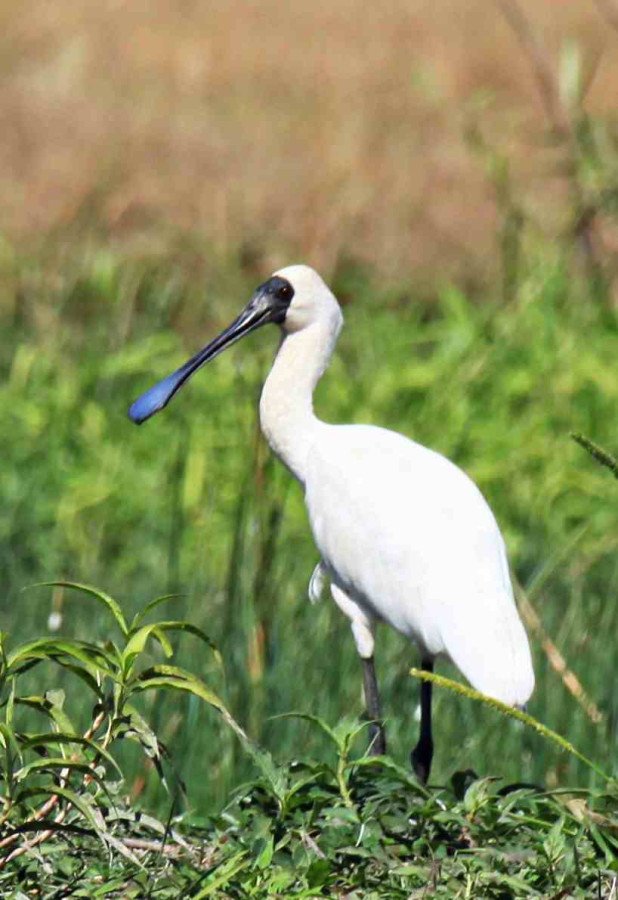