Seeing a Jabiru for the first time without knowing the bird ever existed is quite an experience. These birds are surprisingly big and have some very interesting aspects about them. Their common name is a mixup for a similar bird native to South America, they express sexual dimorphism, with the female having an exotically coloured yellow eye; and the male a black eye.

Known as a Black Necked Stalk; Ephippiorhynchus asiaticus. The name does not clearly identify them still; as the American Black Neck Stalk has a red colouration, and the Australasian Black Neck Stalk has a bluer iridescent appearance in full sunlight. The bird is very large and has a wingspan of over 150cm when fully grown. Notably, this species of the stalk is one of few that become very territorial when feeding and hunting. The distribution of the bird is disjunct from Australia and New Gunnie, with no birds found until the Southern Asian and Indian Subcontinent. Entirely where birds both live in concentrated areas, and are of concern to conservationists.

Culturally in Australia this bird is very important. Known as the karinji in the local language. The bird is a kin totum. Totems in Australia are alike to which family lineage you belong to. In Australia, this is still a living culture. The Aboriginal legends in the area attribute how the stalk got its bill too; when a hunter hit it through the head with a spear, and it got stuck. Since then the bird has been considered a taboo to hunt and eat. With a spiritual belief that if a bird is harmed any unborn babies, and sometimes small children in your mob will die.

Across in the Indian Subcontinent, there were cultural practices were young men would capture a stalk and bring it back in part of the traditions to become a man and considered an adult. Since then the tradition has been stopped due to the death of a young male in the 1920's. The bird in many ways has been described as near inedible due to a strong fishy aftertaste that is near unstomachable. Making the newborn chicks the size of a good chicken the prime target, as it has been attributed to their decline through the Indonesian archipelago, however, there is no strong evidence to directly link it. Other than the practices of the Assam who have been known to eat the chicks of the bird.

Overall the bird up close is stunning and very interesting. It is not every day you get to see such a large bird up close. I was lucky to photograph about 3 in the area. Two Females and a Male today. Detailed below you can see the adult dimorphism in the bird's eyes clearly. 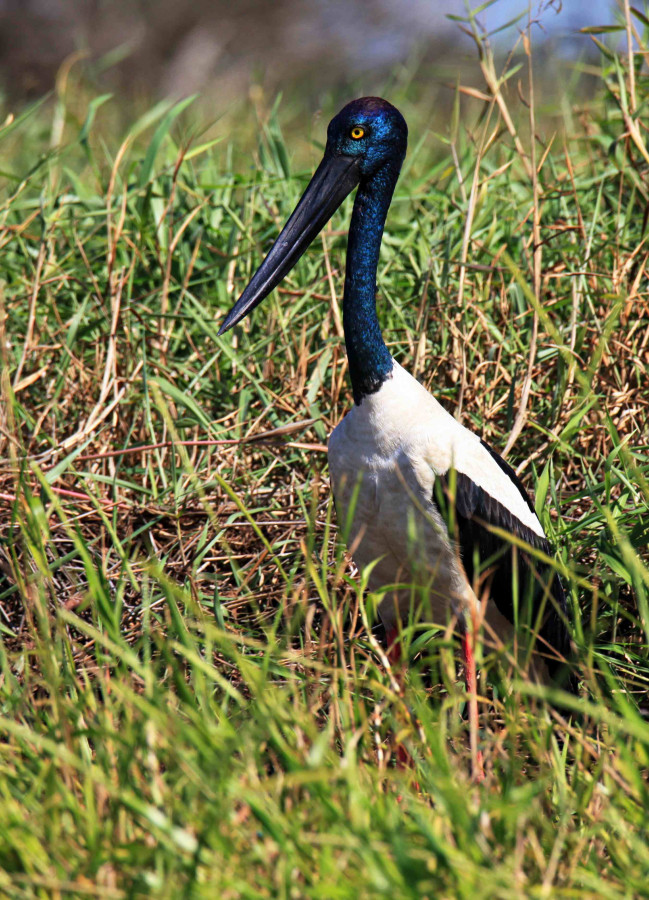