The Australian Crimson Chat, also goes by many other names. The Saltbush Canary, The Tricoloured Chat, the Crimson Breasted Nun, the Red Minor, and so on.

Today whilst investigating a swampy area near Alice Springs it became apparent that I was being followed by one of these tiny birds. In particular, I have never seen one before and it took about half a day to identify it.  In general; what I learned is that they are not a finch and they are not a honeyeater. Despite having a mixed diet where they eat seeds, flower nectar; typical for a finch or honeyeater, but also hunt for small spiders too. As a result, they have an all-purpose type beak.

Apparently, these birds can be found right across Central Australia from the west coast to the Great Dividing Range to the East. They live in most wooded environments too. But prefer woodlands to more swampy areas for cover from predators. 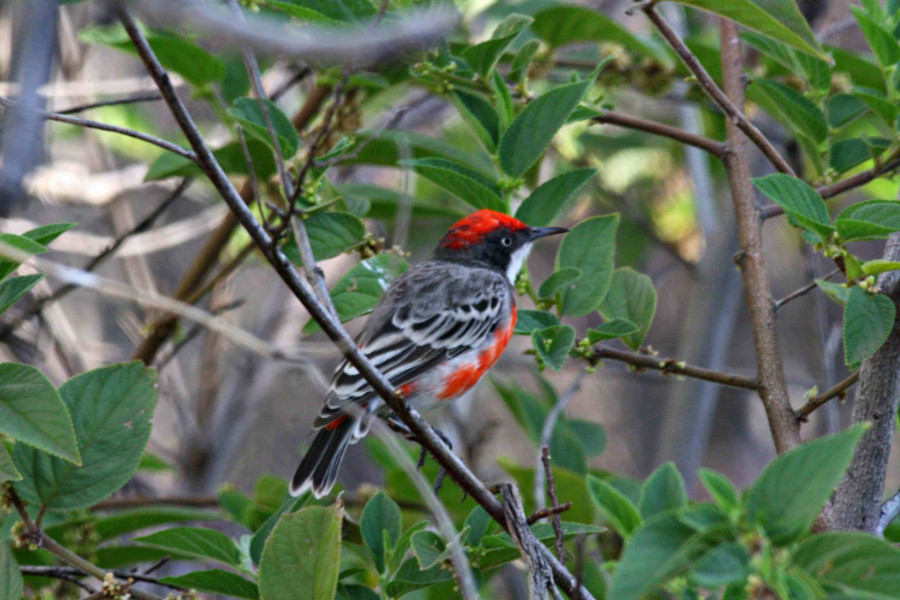