The Queens Baton Relay is one of many celebrations leading up to the commonwealth games. Baton carriers are selected and a chain of events and locations all across Australia are kicked off. Starting with a ceremony at Buckingham Palace in the UK, before the baton travels to the games hosting country. Then through the country within, to the final location of the games. It is a tradition as old as the commonwealth games itself.

The Baton holds a message from the Queen inside to be read at the opening ceremony by the ambassadors to the game. This will be Prince Charles and Camila this year.  The message contained within is unknown until, it is read at the games itself. However, the baton itself represents many more things. The baton carriers are selected from all ages, ethnicities, backgrounds, and sports. They are people who are outstanding in their community effort, and represent the best of the community as role models for everyone. As the baton passes through remote towns, schools, events, and finally the Commonwealth Games. Passing by millions of people on its way.

The baton this year is made up of two very distinct features. The wood on the front is an exotic timber from Queensland; Mangrove Wood. Made from trees that grow within the vast swamps all across QLD and also NSW. The other, a material that looks like stone; however, it is in fact recycled plastic. Made from waste material found dumped in creeks and lands across Australia. This baton, in particular, sends a strong message that waste plastic is, in fact, a useful material, and there is a future in cleaning up our environment and recycling more. We must do more to recycle plastics, and this is the way of the future.

Today I was lucky enough to be invited to an event. Where we saw the baton, and meet the baton carriers that are carrying it across Australia. With the conclusion of the event taking the baton towards the next destination; the Commonwealth Games. 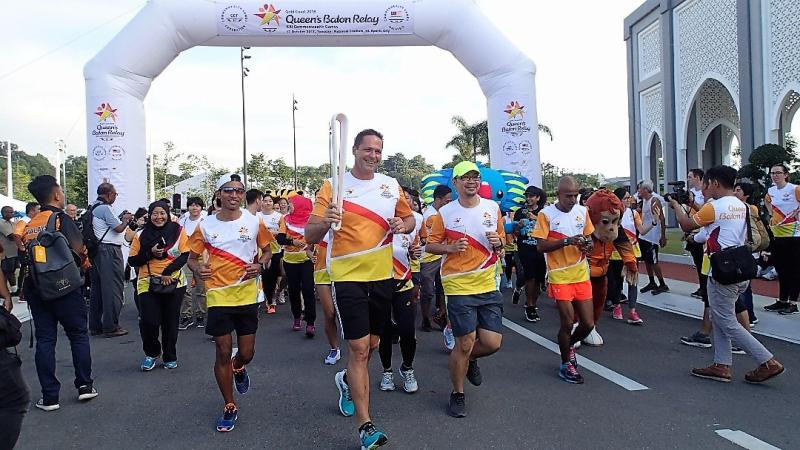