These strange birds are part of three main species. Ostrige, Emu, and Cassowary share the same lineage and are all large flightless birds without a keel-bone on their sternum. There are three main types of these as well. The Northern, Dwarf, and Common Southern Cassowary. All with a rather interesting reputation.

In general, there are two main things cassowary are known for. The first being is known to spread the seeds of the cassowary bush. They like eating the fruit and the tree is dispersed from the bird's droppings. In general, they are omnivorous and eat anything they come across. Meats, Greens, and including Fungi. The second is more frightening, as the cassowary in breeding season will defend a territory up to a 7klm radius. Ther have been instances where people have been attacked and killed by the bird. This was well noted in world war two (WW2); when American Troops helping to defend the Pacific from the Japanese. The Americans were reportedly attacked on the PNG coastline by a cassowary. Gillard Thomas writes; "The inner or second of the three toes is fitted with a long, straight, murderous nail which can sever an arm or eviscerate an abdomen with ease. There are many records of natives being killed by this bird";. In summary, this bird is quite dangerous and you should probably keep your distance. 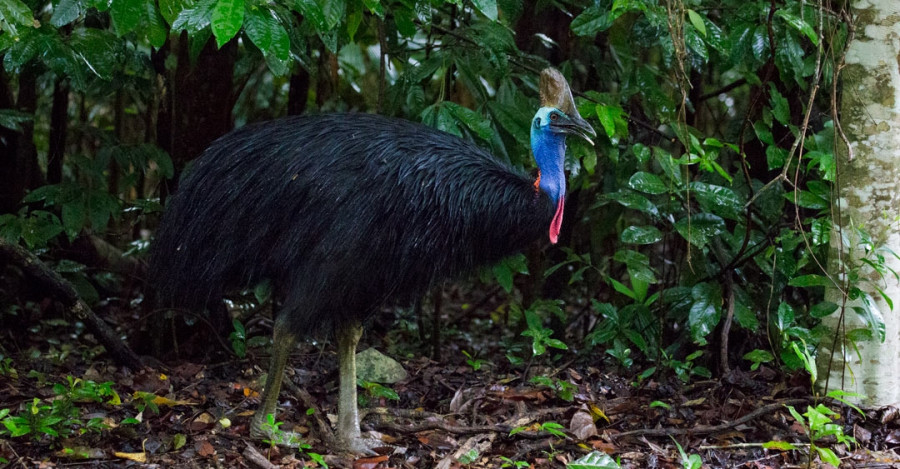 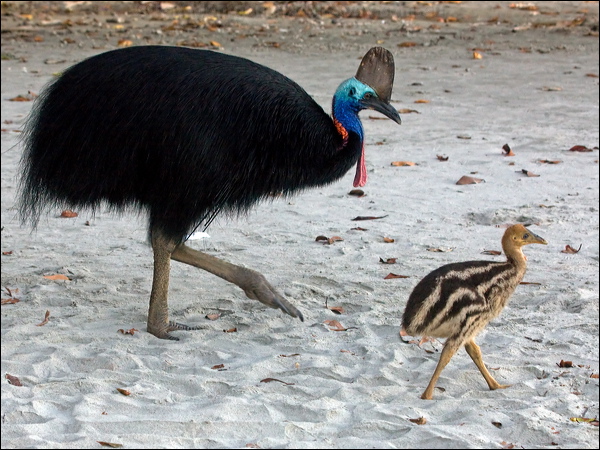