Today whilst resting in the extream heat at a friends place I came across two young Tawny Frog Mouths. In Australia, these are usually referred to as a Frog Mouth Owl, but in fact, they are not an owl. It is more common to refer to these as either a  Tawny Frog Mouth, or if you are in far north Queensland they have a relative called a Marbled Frogmouth.

With that aside; these are one of the stranger birds of Australia. Tourist will only really get to see one is tourist or wildlife park. Coming across these two in a eucalypt forest my friend planet around their home was a pure chance today. My friends home is surrounded by trees now, and it attracts the native birds, wildlife, and is starting to grow a natural habitat around its border. So you can expect to see a few pictures from this area in the future.

These two were out in the 52-degree Celsius heat today. They were resting in the shade where they could. You can see they are stretched out too. This is a behaviour they use to hide on jagged tree stumps to avoid predators. They usually camouflage well, however against the colourfull gum trees, and their new growth in green. They stand out just enough to see. Once seen they opened their eyes too. These look a bit small, when they open their feathers they usually look a bit bigger and fearsome.

Today turned out to be a surprising encounter. With only my mobile phone on me at the time, I will have to return another day to photograph these two. If they are still in the area. Next time will be a bit of an unknown. 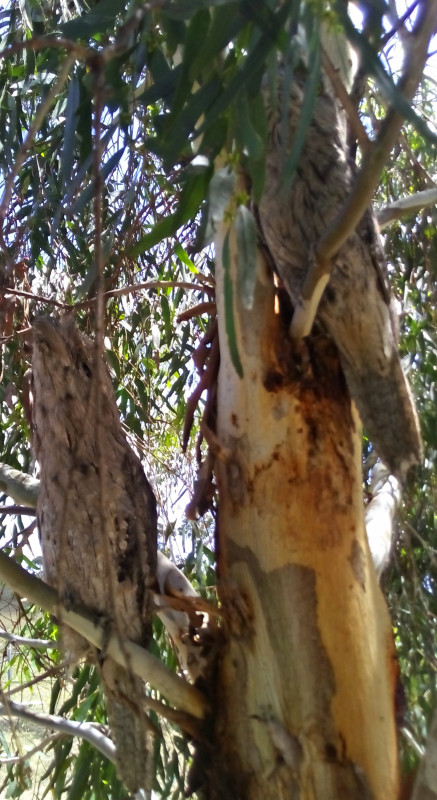 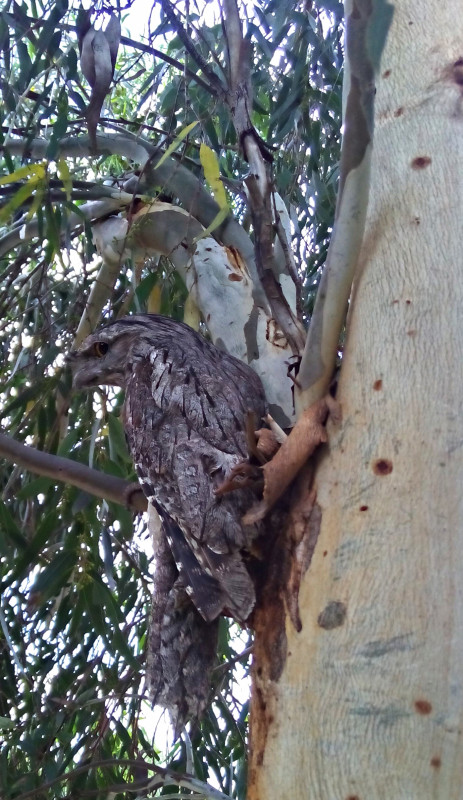